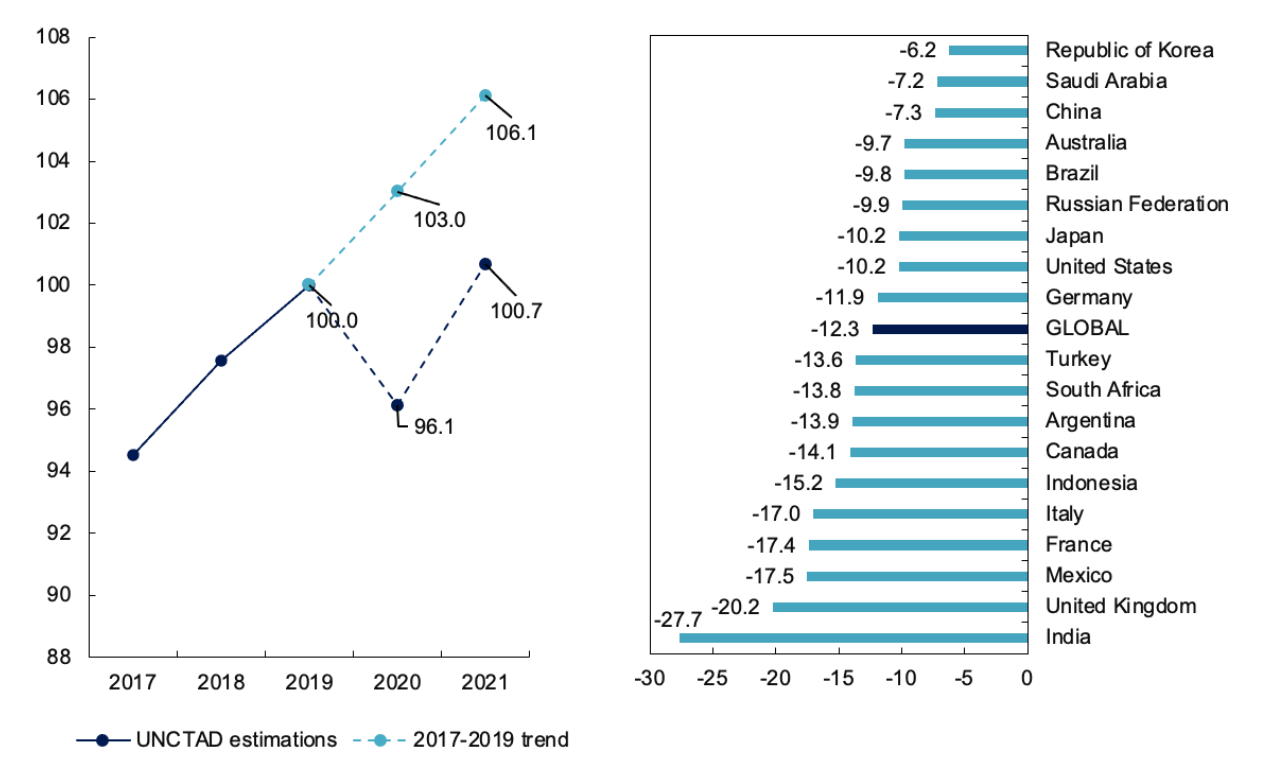 The United Nations Conference on Trade and Development (UNCTAD) has upgraded its forecast for global economic growth in 2021, thanks to a stronger-than-expected recovery in the US.

In a report published Thursday, the intergovernmental trade and development body said global gross domestic product (GDP) will grow by 4.7%, an increase from the 4.3% projection it made in September.

The improved outlook factors in an expected boost in US consumer spending from continued progress in administering COVID-19 vaccines and the newly-passed $1.9 trillion stimulus package, according to the report.

India’s economy is forecasted to expand 5% after shrinking by 6.9% last year, while Europe will see 4% growth after contracting 7.4% in 2020.

Despite its revised growth forecast, UNCTAD warned that recovery from the steepest-ever annual drop in global economic output will likely be uneven and unpredictable and some of the poorest regions are likely to lag behind.

It also cautioned that the global economy will still be over $10 trillion short of where it would have been by the end of 2021 if it had stay on the pre-pandemic growth trend.

"The brunt of the hit to the global economy is being felt in developing countries with limited fiscal space, tightening balance of payments constraints and inadequate international support," UNCTAD wrote. "And while all regions will see a turnaround this year, potential downside health and economic risks could still produce slippages."

Africa’s economy is expected to grow 3.1%, while Latin America and the Caribbean will see a 3.8% expansion.

The "exorbitant" impact of the COVID-19 pandemic led to the “destruction of income on an unprecedented scale,” with people in developing countries particularly hard hit, the report said.

Over the past year, the economic crisis triggered the loss of 255 million full-time jobs worldwide and it could take years for people’s incomes to rebound to pre-pandemic levels, the report said.

Mounting debts and growing food insecurity in developing countries also pose threats to the global recovery, according to the report.

Describing 2020 as an “annus horribilis," UNCTAD said continued weak international cooperation, reluctance to address inequality issues and insufficient investment are factors that will lead to “an unbalanced recovery, vulnerability to further shocks and persistent economic insecurity.”

Over the past two months, the Organisation for Economic Co-operation and Development (OECD) and International Monetary Fund (IMF) have also raised expectations for global GDP growth this year, citing vaccine rollouts and US stimulus efforts as promising signs leading to future recovery. OECD and IMF have projected growth of 5.6% and 5.5%, respectively.