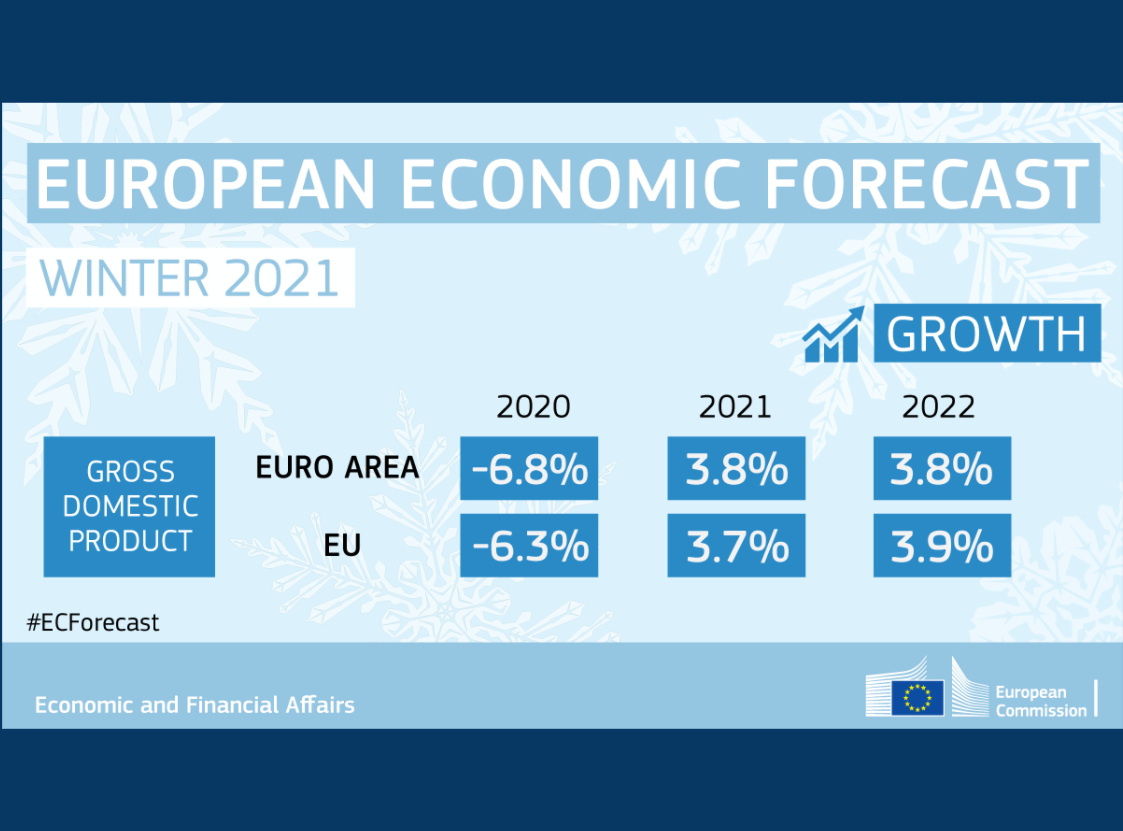 The European Commission revised its outlook for the eurozone’s economic recovery, projecting a lower growth rate for this year as a second wave of the COVID-19 pandemic has triggered another round of lockdowns.

In its winter interim economic forecast released Thursday, the Brussels-based institution also revised projections for next year, saying 2022’s growth will be stronger than initially expected due to more widespread vaccination rollouts and loosened social restrictions.

As a result, economic output should reach its pre-pandemic level by the middle of next year – sooner than the previous forecast, which projected recovery would not be complete until 2023.

France and Spain will see the strongest growth this year of 5.5% and 5.6%, respectively, and will be among the highest growth countries in 2022. Last year, France’s GDP dropped more than 8%, while Spain saw an 11% contraction.

According to the outlook, growth is expected to pick-up moderately during the second quarter and more vigorously in the third, led by consumer spending, as well as global trade, as vaccination efforts ramp up.

Paolo Gentiloni, European Commissioner for Economy, said in a press release, “Europeans are living through challenging times. We remain in the painful grip of the pandemic, its social and economic consequences all too evident. Yet there is, at last, light at the end of the tunnel.”

The projections, however, “are subject to significant uncertainty and elevated risks, predominately linked to the evolution of the pandemic and the success of vaccination campaigns," according to the forecast.

Valdis Dombrovskis, European Trade Commissioner and Executive Vice-President for An Economy that Works for People, said a “strong European response” remained vital to tackling the broader impact of the crisis, including job losses, a weakened corporate sector and rising inequalities.

“We will still have a great deal to do to contain the wider socio-economic fallout,” he said.