The conversion to LED was motivated by the need to maintain light levels and reduce heat generated near the gold-leafed ceiling, as well as reduce the overall energy footprint of the building. As an active participant in the city’s energy initiatives such as Local Law 88, ESRT’s management sought out a system that would cut energy levels by at least 50% and enable systematic control of the entire lighting system. Updated Lutron controls were tied into the Building Management System (BMS), which enables participation in Con Edison’s Demand Management/Response protocols. The combination of Con Edison rebates with overall energy savings costs have resulted in a payback period of just one year. 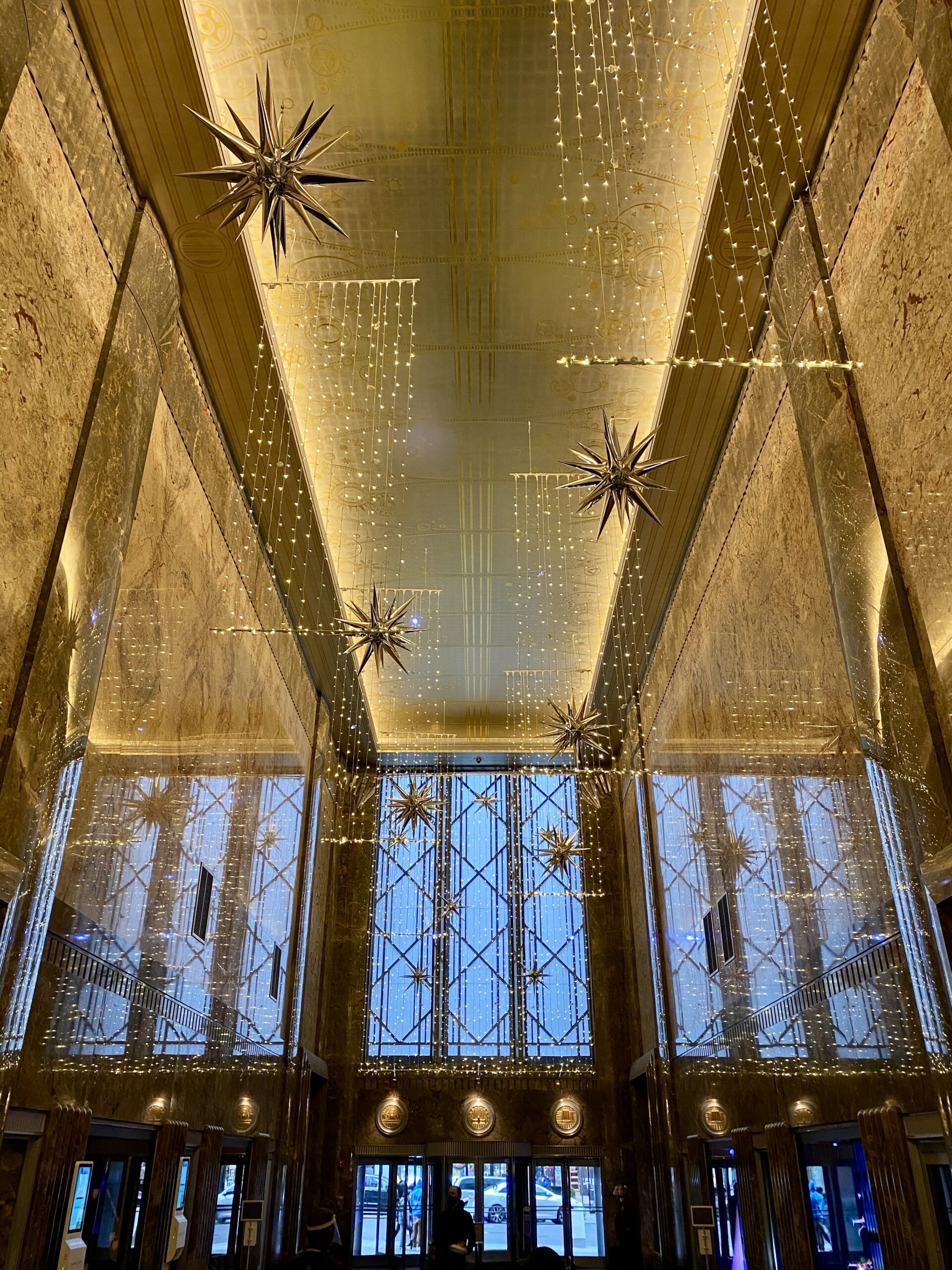 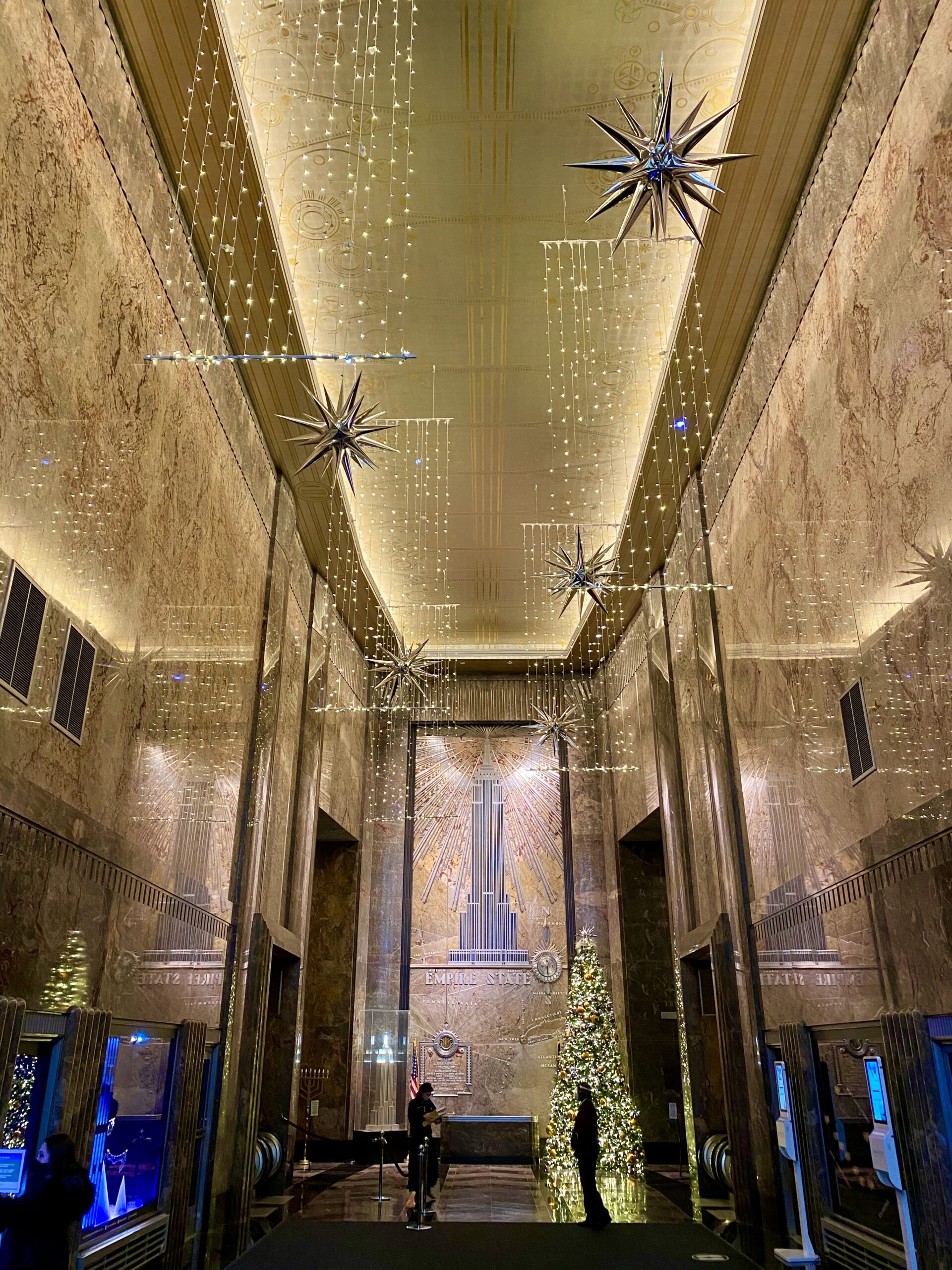 “Over the past two decades, ESRT has continued to reduce overall energy consumption throughout our 10 million-square-foot portfolio, which contributed to our achievement of the WELL Health-Safety Rating” said Schneider. “It takes real dedication to undertake the replacement of 6,514 windows with high-performance glass and the deployment of regenerating driver technology to upgrade the 68 elevators. But we are not finished. We maintain our commitment to leadership in sustainability and will continue to demonstrate that even in dense urban environments and historic buildings, sustainable initiatives with real impact are achievable and cost effective.”

As the majority of the lobby lighting is indirect, Green Arc Lighting needed to engineer a custom solution that would provide adequate lighting that still preserves the beauty of the ceiling that was recreated to match exactly the original ceiling, lost forever in the 1950’s to a “modern” fluorescent light and plastic lens array. The company thus engineered and implemented custom LED fixtures, manufactured in North Carolina by Lumen Focus. The new LED fixtures impart a direct wattage reduction of 67%. However, given the use of active controls, actual wattage reductions will exceed 85%, plus further reductions in passive BTU gains estimated to remove more than 2.4 billion BTUs annually.

“We were so excited to work with such an iconic New York City landmark as part of its larger sustainability reimagination,” said Guy de Chimay, COO of Green Arc Lighting. “The gold-leafed ceilings act almost like mirrors, so our goal was to enhance all of these fine details while preventing unnecessary heat signatures or glare from the new LEDs. To achieve the desired effect and best compliment the ceilings’ artwork, we utilized custom lens covers that incorporate gels to replicate the building’s original amber glass lenses for a color signature that reflects the true beauty of the original architecture.”