RIDGEFIELD, Conn. (Viz Release) July 20, 2020 - - Christine O'Leary has always been funny. But, it wasn't until she won a stand up contest in Maine that she quit her day job to pursue a career in comedy. O’Leary is now an award-winning stand up comedian, professional host, corporate consultant, and coach to budding adult and teen comics and improv enthusiasts enrolled in her classes at The Ridgefield Playhouse. Her advanced stand up students will take center stage - via Zoom - at Christine O'Leary & Friends: Virtually LIVE! on Wednesday, July 22 at 7:30. O'Leary will host from the Ridgefield Playhouse, while her team delivers stellar sets from home, to allow for a large capacity online audience. Tickets are on sale now ($20 each) and can purchased via the phone (203) 438-5795 or online: https://ridgefieldplayhouse.org/event/christine-oleary-friends/. Ticket purchasers will be e-mailed a Zoom show link and given instructions the day of the show. At check out, attendees also have the opportunity to donate to The Leir Foundation Arts for Everyone program, which helps make performing arts shows at the Ridgefield Playhouse and elsewhere available to economically disadvantaged area residents. 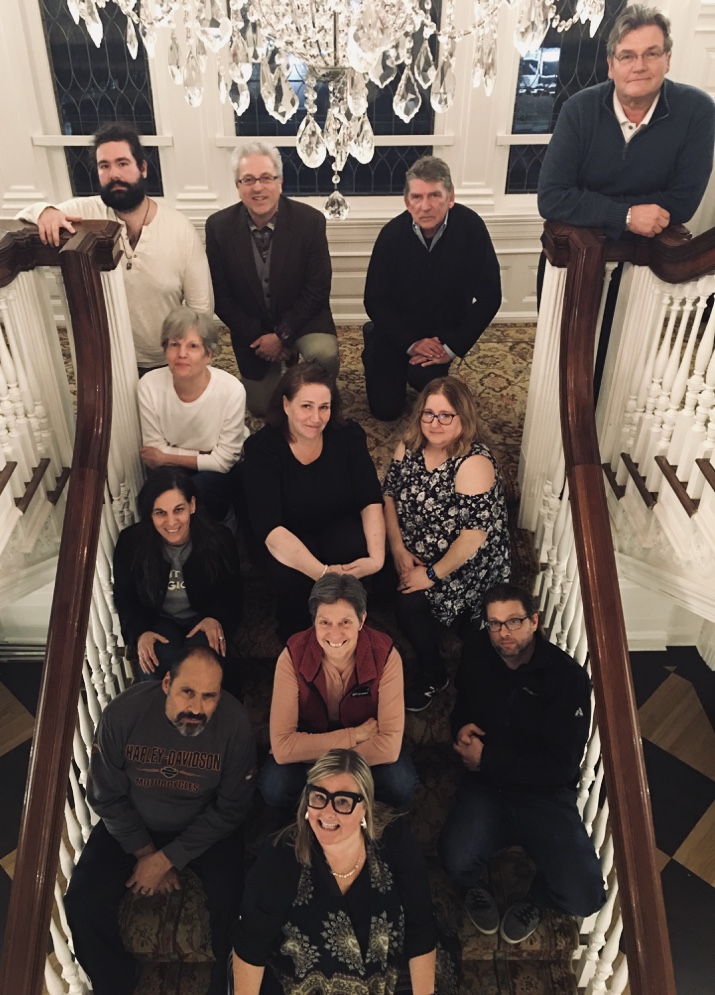 O'Leary has taught over 50 sold-out comedy classes (182 graduates) at her post at the Playhouse, with many repeat students, who take an 8-week program to develop a tight, economized, 5-minute set - the first increment of time given to new stand ups at comedy clubs. The students bring weekly material to "Rip and Read" in class to determine winning content, then video conference one-on-one with O'Leary to finalize their material and hone their set. After two months, they're ready for an audience. This semester, Christine made what she calls a "pandemic pivot," and continued classes for nearly 3 months past the original schedule. Knowing the Zoom sessions provided connection for her "tribe" during an uncertain time, Christine was determined to check in with students - not only about comedy - but also about their well-being, as they collectively quarantined. Following the new stand up model, she's adapted and created Virtually LIVE! to deliver her team's signature entertainment to a more inclusive virtual audience; fans can universally enjoy comedy from their couches. A true win-win.

"Comedy is a way to tell the truth, solve a problem and sell the material with a feeling. I love and live to share with people the greatest high' and joy I know - standing up and getting paid in laughs! Anyone can do this; there's enough for everyone. For me, stand up is liberation and freedom. You can up your game' in life whether you're a parent or a podiatrist," said O'Leary, Founder, Team Green Light Comedy.

"You'll never see anything like it - they'll be born as comics before your eyes," O'Leary added.

Christine O'Leary has worked with headlining comedians to include Gilbert Gottfried, Joy Behar, Chevy Chase, Sinbad, Tracey Morgan, Robert Klein, Margaret Cho, and Janeane Garofalo. She takes her Team Green Light Comedy comrades to area shows and also hosts and performs at companies, colleges, and charitable, club and pride events nearby and nationally. Christine recently appeared on the Bravo Network pilot, Camp Getaway in April. She can be contacted via christine@christineoleary.com and on all social media platforms.

The Ridgefield Playhouse is a not for profit 501 (c) (3) whose mission is to present a variety of performing arts to the community and the surrounding area that they can enjoy and experience at a varied price point. The Playhouse presents national and local acts and is the cultural hub for the town of Ridgefield. For details regarding Christine O’Leary & Friends: Virtually LIVE! tickets and comedy classes, visit https://ridgefieldplayhouse.org/event/christine-oleary-friends/.