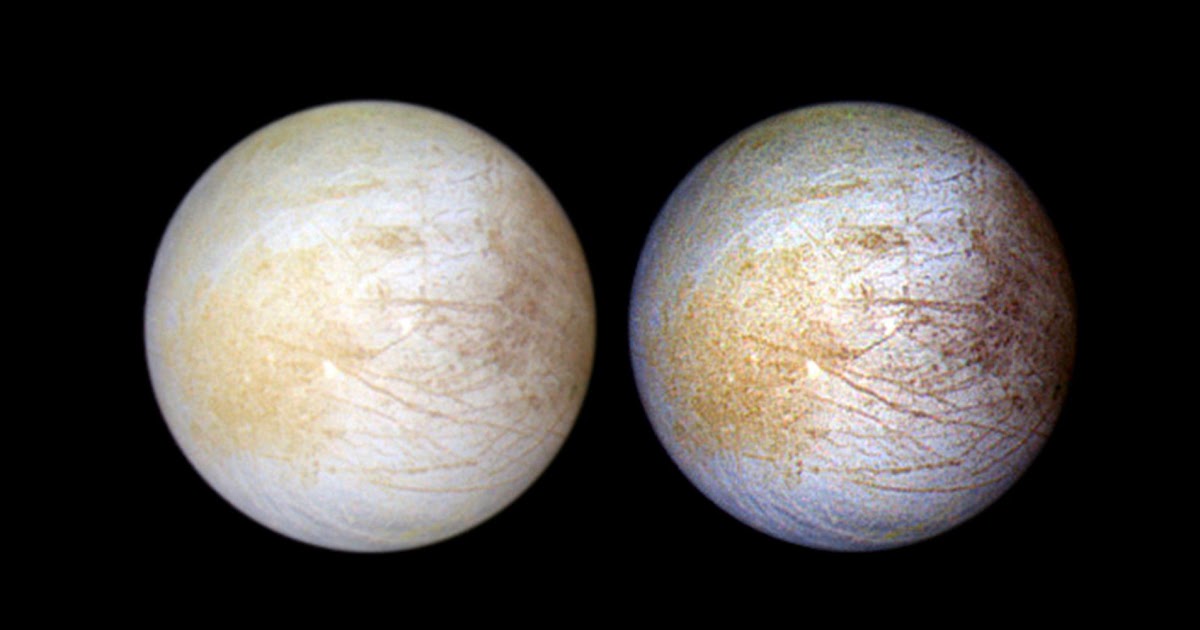 After studying years of old Hubble space observations, a scientist just discovered all-new signs of water vapor lingering on Europa.
Many people in the space and science communities believe that alien life is living in that ocean deep beneath Europa's surface.
After analyzing observations Hubble made of Europa between 1999 and 2015, it was revealed that there's a constant stream of water vapor in one particular hemisphere of the moon.
Hubble previously found water vapor on Europa in 2013 when it captured plumes coming up through the ice (similar to geysers on Earth).
However, this latest finding suggests water vapor is much more prevalent than anyone realized.
This is the same technique NASA used to find water vapor on the Jupiter moon Ganymede back in July.
According to Roth, "The observation of water vapor on Ganymede, and on the trailing side of Europa, advances our understanding of the atmospheres of icy moons.
However, the detection of a stable water abundance on Europa is a bit more surprising than on Ganymede because Europa's surface temperatures are lower than Ganymede's."
Even though Europa is about 60°F cooler than Ganymede, these findings confirm that water vapor is forming on Europa in the exact same way.
As mentioned above, the water vapor was discovered in just one hemisphere of Europa — specifically, its 'trailing hemisphere.'
For whatever reason, the trailing hemisphere is home to an abundant amount of vapor that the leading one lacks.
Scientists and astronomers now have a clearer understanding of Europa's atmosphere and the water vapor that's present there.
Source