US veterans captured by Russian forces return to Alabama 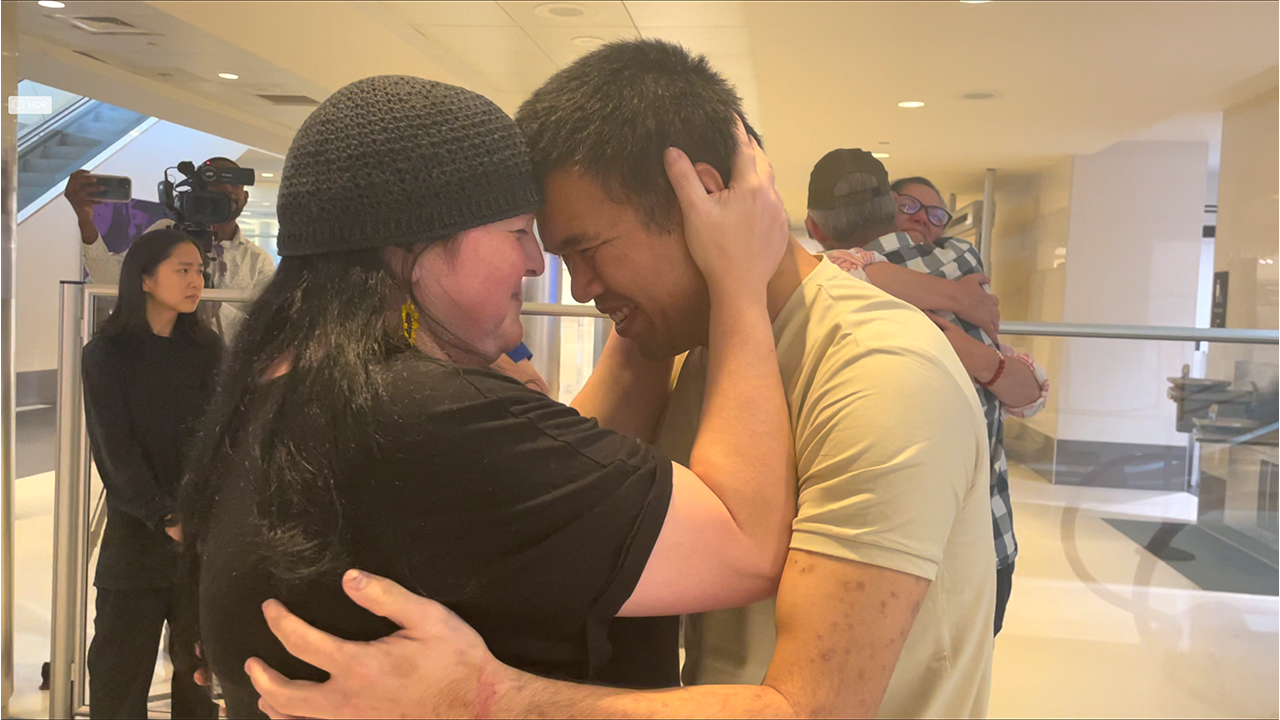 Two U.S. military veterans who were fighting alongside Ukrainian forces and disappeared have officially made it home to Alabama after a prisoner exchange with Russian-backed separatists.
Alex Drueke, 40, and Andy Huynh, 27, landed at the Birmingham-Shuttlesworth International Airport in Birmingham on Saturday.
The pair had gone missing June 9 in the Kharkiv region of northeastern Ukraine near the Russian border, and were released as part of a prisoner exchange.
I still have chill bumps," an aunt of Drueke, Dianna Shaw, said.
But I thought it was going to be two or three years from now at best.
FINLAND SHUTS BORDERS WITH RUSSIA AS CONSCRIPTION AGE MEN FLEE PUTIN ORDERThe families of the two men announced their release on Wednesday.
The pair had previously landed at New York City's John F. Kennedy Airport before reaching Alabama.
They were among the 10 prisoners released by Russian-backed separatists after a prisoner exchange mediated by Saudi Arabia.
RUSSIA DETAILS WHO WILL EVADE CONSCRIPTION, WAR IN UKRAINE"There are prisoners of war who have been held for months and years.
There are people who have been detained wrongfully for years and for this to come about in three months is, just, unimaginable to me," Shaw added.
"Even though I’m living it, it feels unimaginable, and I don’t want people to forget all the Ukrainians who are still being held."
PUTIN'S CALL FOR RUSSIAN CONSCRIPTS WILL REQUIRE ARMS MOSCOW DOESN'T HAVE, NATO CHIEF SAYSCLICK HERE TO GET THE FOX NEWS APPThe pair had traveled to Ukraine on their own to battle alongside Ukrainian forces against Russia.