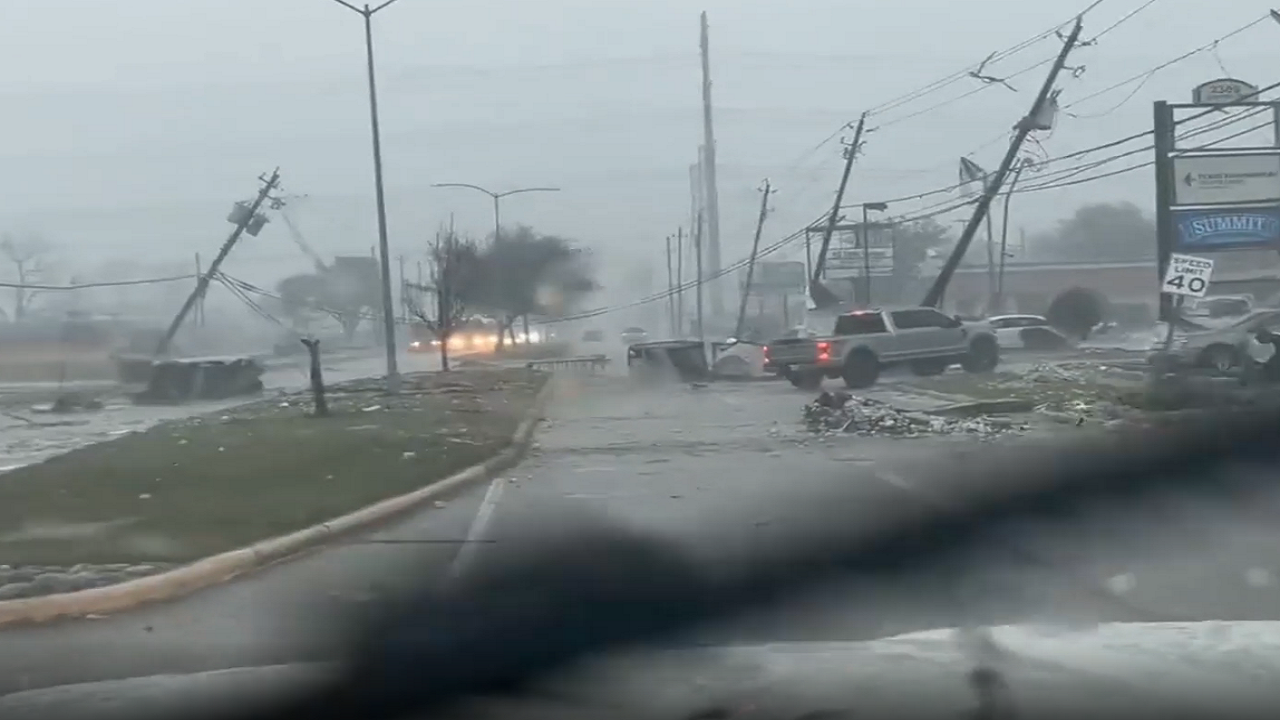 A video captured scenes of devastation in Deer Park, Texas after a powerful storm system generated a tornado that caused severe damage outside Houston.
Footage appears to show the roofs ripped off a nursing home and gas station while tree branches and other debris littered roadways.
Damaged telephone poles and downed power lines also posed hazards for drivers trying to make their way through the area.
Officials in Deer Park said residents from the nursing home that was hit by the tornado were taken away, and nobody was hurt.
TEXAS TORNADO CAUSES DAMAGE EAST OF HOUSTON"There is one aspect of me that’s amazed that no one got injured," said Deer Park Mayor Jerry Mouton Jr., according to the Associated Press.
"We will deal with the property and recover and rebuild."
SEVERE WEATHER IN SOUTHEAST, GULF COAST WILL BRING RAIN, TORNADO RISKMany of the suburbs in the Houston area have a heavy presence of petrochemical facilities.
CLICK HERE TO GET THE FOX NEWS APPThe Shell Chemicals’ location in Deer Park was flaring, or burning off natural gas, after it lost steam because of severe weather, Shell spokesperson Curtis Smith also said.
"We are taking steps to minimize any noise, light, or smoke associated with this activity, though it’s expected to continue until the units are restarted," Smith told the AP on Tuesday.
"There is no threat to the community, nor are there any indications a nearby tornado touched down within the Chemicals facility."
Fox News' Sarah Rumpf and The Associated Press contributed to this report.