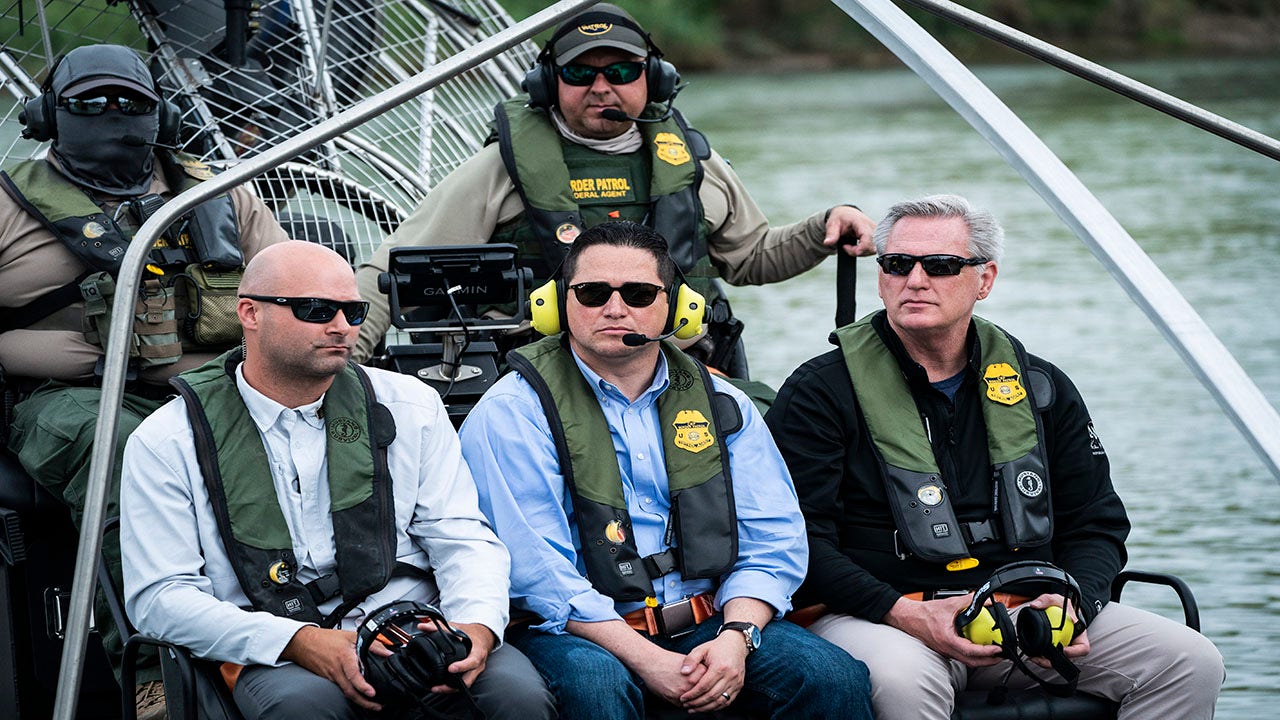 AUSTIN, Texas – Rep. Tony Gonzales, a Republican who represents a district in Texas that spans more than 800 miles along the border, warned that the surge of migrants crossing into the US illegally won't stop until Congress takes action.
Tomorrow, it's your city, whether that's Chicago, New York, San Francisco, Florida," Gonzales told Fox News Digital on Saturday.
There's no end in sight."
There have been more than two million migrant encounters this fiscal year, including more than 203,000 just last month.
Autonomous surveillance towers are a key piece of technology that Congress should fund for Border Patrol, Gonzales said.
"Every border sector is asking for more of these," Gonzales said.
Gonzales, a Navy veteran who was elected in 2020 to Texas's 23rd congressional district, broke with House Republicans to pass the Bipartisan Safer Communities Act.
CLICK HERE TO GET THE FOX NEWS APPGonzales' district includes Uvalde, where 19 children and two teachers were murdered at an elementary school in May.
"Uvalde was the worst school shooting in Texas history and I wish this on no community," Gonzales said.
"After that horrible incident, I had countless people reach out and say, ‘Hey, Tony, we have to do something,’" he continued.
"We worked real hard on that piece of legislation to make sure, one, it did not infringe on people's constitutional rights – that's important.
And ultimately, it was the largest investment in mental health in our nation's history."