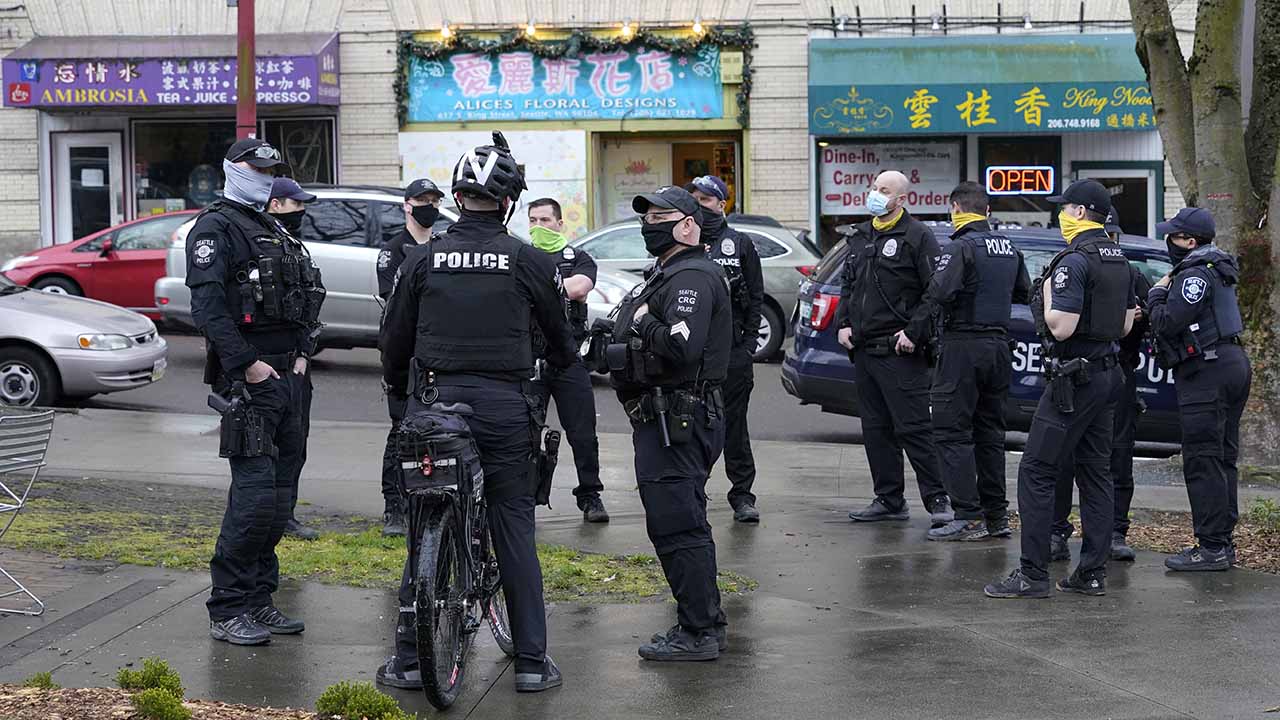 Seattle’s police department is sending detectives and non-patrol officers to respond to emergency calls because of a shortage of patrol officers that union leaders fear will become worse because of COVID-19 vaccine mandates.
Due to the staffing crunch, the Seattle Police Department activated its emergency three-stage mobilization plan on Wednesday, KING reported.
SEATTLE RESIDENTS DEMAND POLICE CHIEF ADDRESS HOMELESS CAMP AS VACCINE MANDATE FURTHER THREATENS PATROLSThe department has lost more than 300 officers over the past year, KOMO reported.
Nearly 300 more could face termination if they do not comply with an Oct. 18 deadline to be vaccinated against the coronavirus.
"We can’t afford to lose one, that’s how desperate we are to hold onto people," police union president Mike Solan said.
"If we lose more officers, the public safety situation will become that much more untenable here."
According to figures from the Seattle mayor’s office, 782 officers have submitted proof of COVID-19 vaccination, while 98 officers are seeking exemptions and 186 have not turned in paperwork.
The staffing shortage came as the Seattle area, like other U.S. metropolitan regions, is experiencing a gun violence surge.
Fatal shootings over the first nine months of 2021 in King County, which includes Seattle, already exceed last year's year-end total.
As of the end of September, 73 people had been killed and 283 were injured in shootings in King County this year, according to data from the King County Prosecutor’s Shots Fired Project.
For all of 2020, there were 69 firearm-related homicides and 268 non-fatal shootings in King County.
Durkan is not seeking a second term after a year of controversies related to pandemic-era lockdowns, anti-police protests and an eventual autonomous zone.