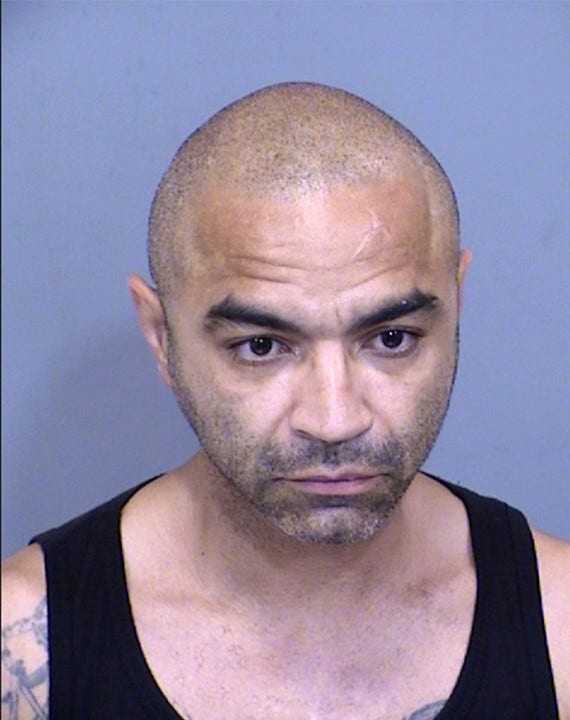 Phoenix police have arrested a suspect for allegedly kidnapping, murdering, and dismembering a man earlier this week.
John Cole, 45, has been booked into jail on suspicion of first-degree murder, kidnapping, theft by extortion, concealment of a body, and other felony charges.
Police said 28-year-old Antoine Smith was kidnapped from his apartment sometime between the evening of September 16 and the morning of September 17.
Investigators believe the kidnapping had to do with debt that Smith owed.
Police detectives identified Cole as a suspect and located his vehicle on the way to California.
The Department of Public Safety assisted Phoenix police in stopping Cole’s vehicle and taking him into custody.
SLAIN LSU STUDENT ALLIE RICE WAS NOT TARGETED BY GANG, POLICE SAYA search warrant was obtained for Cole’s vehicle, and investigators found human remains inside.
Police said Cole told investigators he had killed Smith in self-defense and led them to a rural area, just south of Tucson, where more of his remains were recovered.
Investigators later learned that Smith was driven to Tucson, where he was killed.
They also discovered that Cole had purchased several items to assist in the dismemberment and concealment of Smith’s body.
CLICK HERE TO GET THE FOX NEWS APPCole remains in custody at the Maricopa County Jail.
It was unclear Thursday if Cole has a lawyer yet who can speak on his behalf.