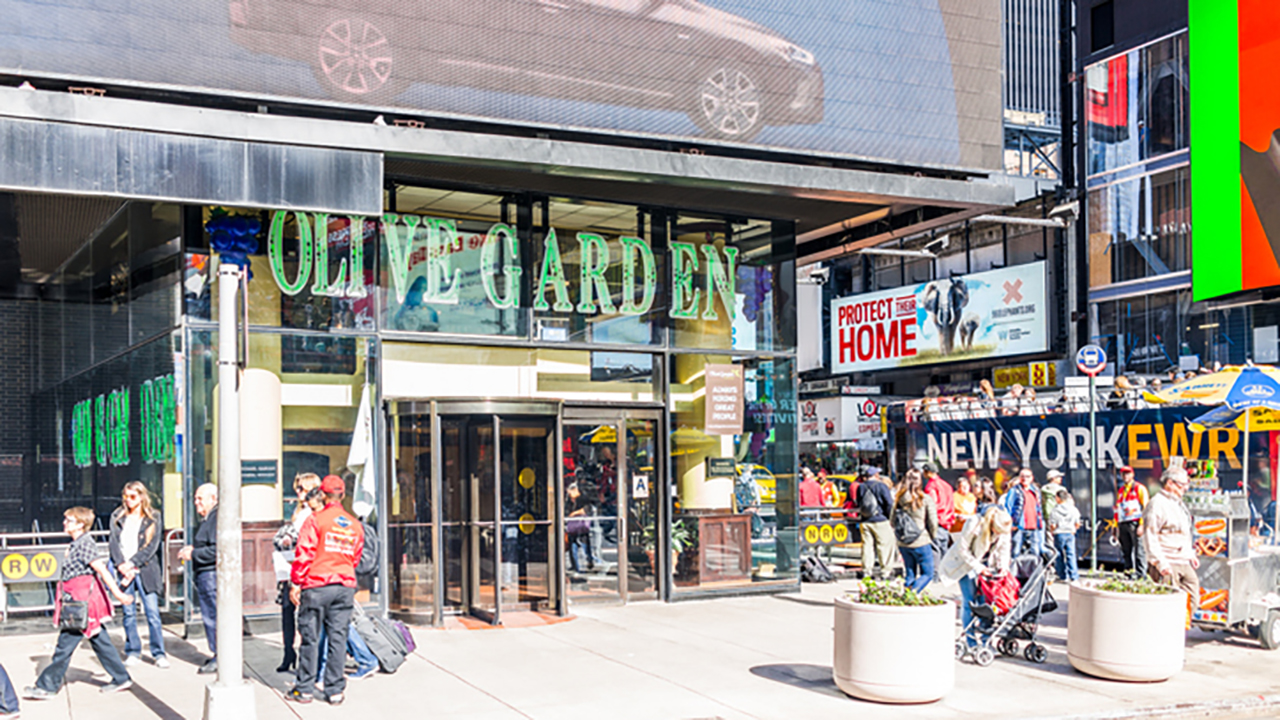 Several protesters demonstrating against coronavirus vaccine mandates at New York City's restaurants were arrested Friday evening after they refused to leave an Olive Garden location in Times Square, according to videos posted to social media.
"This is the Civil Rights movement again!"
one man shouted while being handcuffed, a video from independent journalist @ScooterCasterNY showed.
In another video posted by the journalist, protesters were heard chanting "U-S-A!"
and singing the national anthem before their arrests.
COVID-19: ANTI-VACCINE PROTESTERS ATTEMPT TO STORM BULGARIAN PARLIAMENTIt wasn’t clear how many protesters were arrested.
The NYPD has not publicly commented on the arrests.
There were no reports of any vandalism during the protest.
Proof of vaccination is required in New York City to dine in at a restaurant.
The protesters remained inside the Olive Garden for two hours, refusing to leave, prompting the restaurant, which usually stays open until midnight, to close early, according to @ScooterCasterNY.
CLICK HERE TO GET THE FOX NEWS APPResponding police reportedly told the protesters they had to leave or they would be arrested.
"Victorious, we shut them down," one of the protesters can be heard saying to the camera.