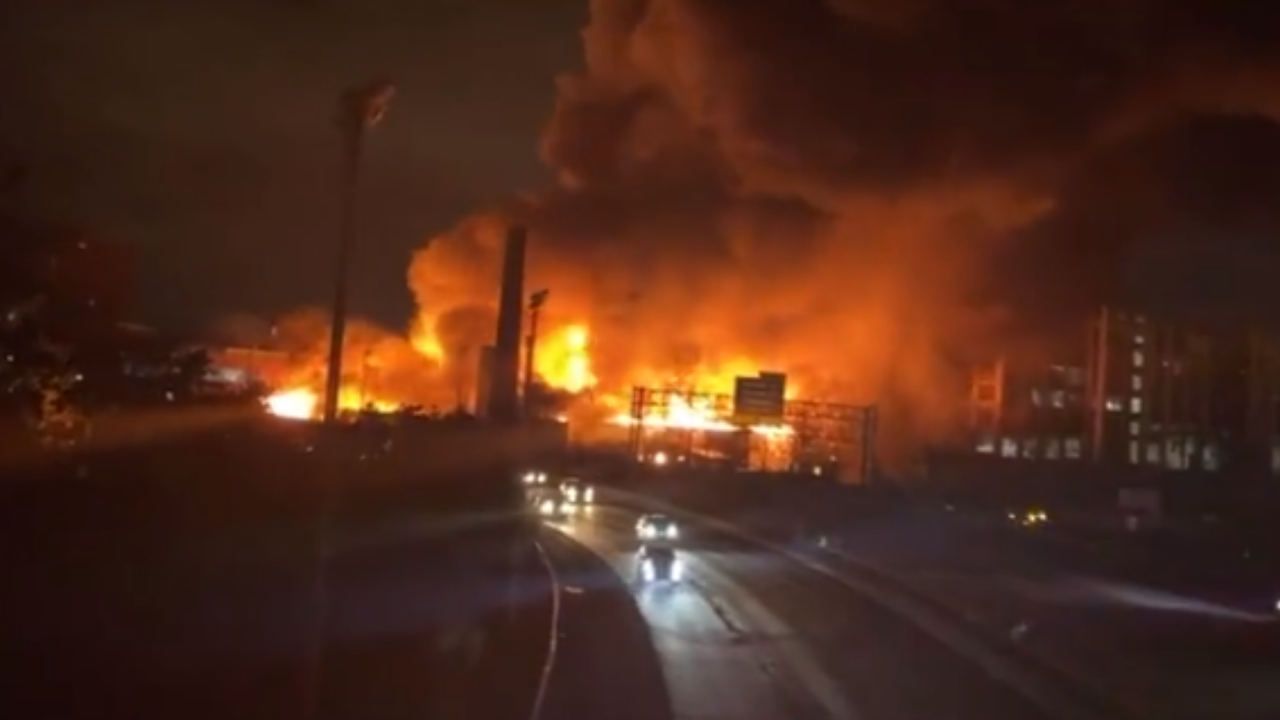 About 200 New Jersey firefighters were on the scene in Passaic on Friday night as a massive fire broke out at a factory where products for swimming pools and spas are made, according to reports.
The fire at the Qualco facility reached 11 alarms by midnight Saturday, after Passaic Mayor Hector Lora warned residents in a Facebook Live video to keep their windows shut as unspecified chemicals burned at the plant.
"We are requiring all residents to close your window, stay away from the immediate area," Lora said.
Phil Murphy also urged those in the area to "stay safe."
"Praying for the safety of our first responders on the scene," the governor wrote on Twitter.
Lora said that the fire has not reached the chemicals inside the plant, but noted that it was spreading closer.
He also noted that there are no injuries currently reported.