Native Americans mourn on Thanksgiving: 'No reason to celebrate' 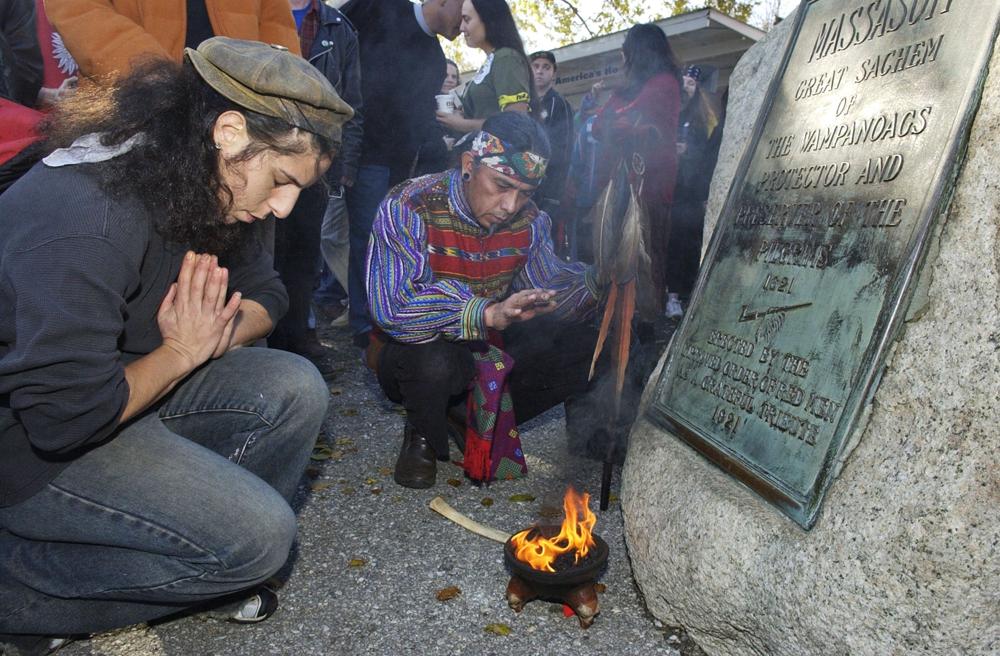 Thursday’s solemn National Day of Mourning observance in downtown Plymouth, Massachusetts, will recall the disease and oppression they say European settlers brought to North America.
"We Native people have no reason to celebrate the arrival of the Pilgrims," said Kisha James, a member of the Aquinnah Wampanoag and Oglala Lakota tribes and the granddaughter of Wamsutta Frank James, the event’s founder.
THANKSGIVING TURKEY: WHAT THE CDC SAYS NOT TO DO BEFORE COOKING A BIRD"We want to educate people so that they understand the stories we all learned in school about the first Thanksgiving are nothing but lies.
Wampanoag and other Indigenous people have certainly not lived happily ever after since the arrival of the Pilgrims," James said.
"To us, Thanksgiving is a day of mourning, because we remember the millions of our ancestors who were murdered by uninvited European colonists such as the Pilgrims.
Today, we and many Indigenous people around the country say, ‘No Thanks, No Giving.’"It’s the 52nd year that the United American Indians of New England have organized the event on Thanksgiving Day.
The story comes as multiple colleges' student and alumni groups across the country encouraged students to treat Thanksgiving as a day of remembrance for Native Americans, with the George Washington University Student Association sending an email to students Monday stating that "Thanksgiving day is a reminder of the genocide of millions of Native people."
"Starting in 1970, many Americans, led by Indigenous protesters, believed that Thanksgiving should be rededicated as a National Day of Mourning to reflect the centuries-long displacement and persecution of Native Americans.
The recent shift from Columbus Day to Indigenous Peoples Day reflects a changing national mood," the event description states.
"Should Americans reconsider Thanksgiving when wrestling with our country’s complicated past?"
"Because we were thankful, we were willing to share ... and we had good intentions and a good heart."
"Because 400 years later, we don’t really have much to show for, or to be thankful for.