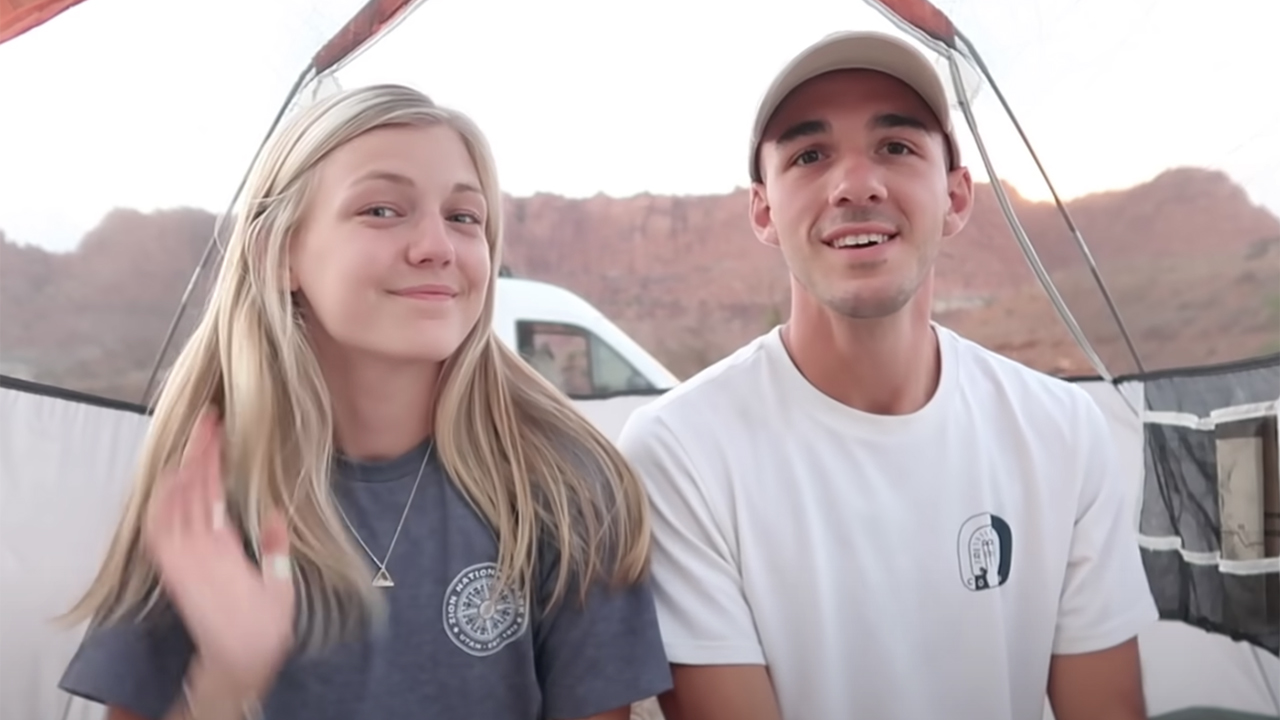 Brian Laundrie, the fiance of missing woman Gabby Petito, told a Moab Police Department officer during an Aug. 12 incident that Gabby tried to slap him because she thought "he was going to leave her in Moab without a ride," according to a police report obtained by Fox News.
The incident, which occurred roughly two weeks before Petito went missing, started when a witness called 911 over "possible domestic violence" near Moonflower Community Cooperative and said he saw Petito and Laundrie arguing over a phone.
"The witness stated that when Brian got into the van, he saw what appeared to him as Gabrielle hitting Brian in the arm and then climbing through the driver’s window as if Brian had locked her out and she was trying to find a way in," a responding officer wrote in the report.
MISSING GABBY PETITO: UTAH POLICE WERE CALLED TO INCIDENT INVOLVING CROSS-COUNTRY VANNING COUPLEOne of the responding officers said the incident can be "more accurately categorized as a mental/emotional health ‘break’ than a domestic assault," and that "no significant injuries" were reported.
Laundrie stayed in a hotel that night, while Petito stayed with the van, according to the report.
"No one reported that the male struck the female," the report said.
"Both the male and the female reported they are in love and engaged to be married and desperately didn’t wish to see anyone charged with a crime."
CLICK HERE TO GET THE FOX NEWS APPPetito's last known location was Aug. 25 in Grand Teton National Park.
Laundrie drove the van back to North Port, Florida, on Sept. 1, and the van was recovered at his family's home on Sept. 10.
The North Port Police Department named him a person of interest in the investigation on Wednesday and said he is not cooperating with authorities.