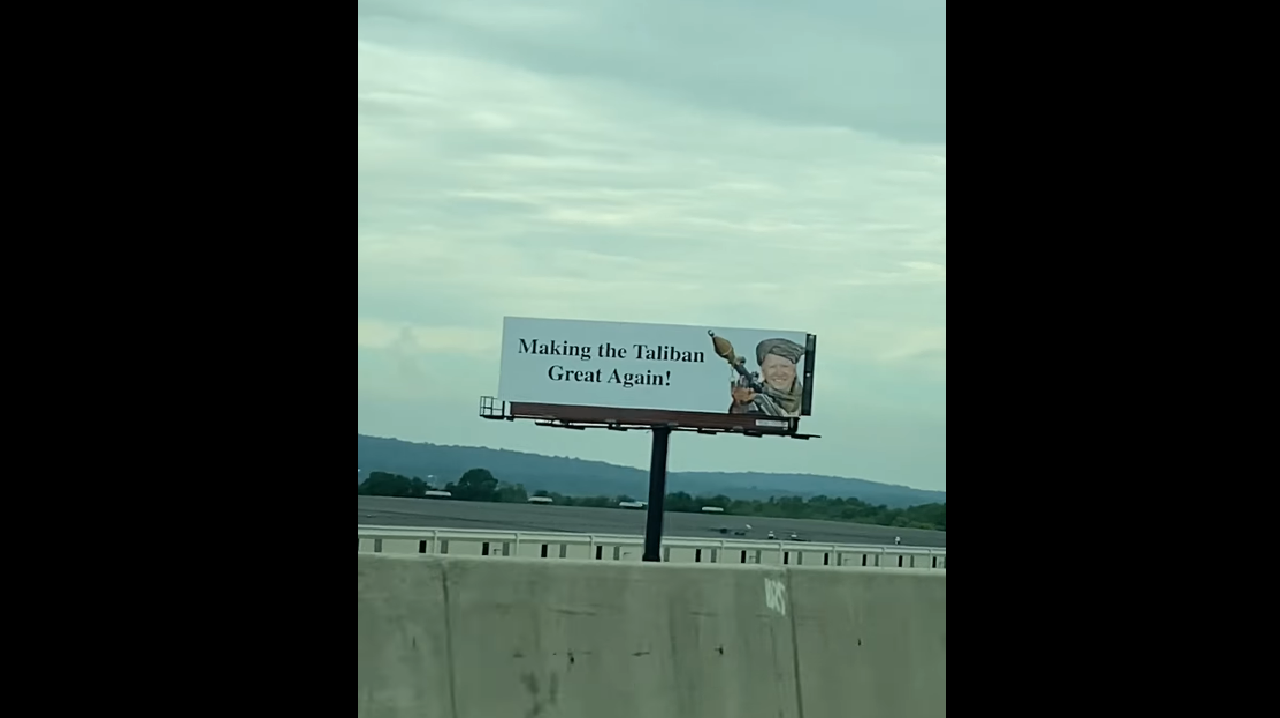 A former Pennsylvania state senator is telling Fox News Wednesday that he has put up around 15 billboards locally with a photo of President Joe Biden in military gear alongside the message "Making the Taliban Great Again."
Scott Wagner, a Republican who represented a district that includes York County from 2014 to 2018, said in an email that he has "several reasons" for sharing the message across Pennsylvania.
"The pull out rushed through by President Biden had made us the laughing stock of the world," he wrote.
"The Taliban are openly stating that they ran the United States out of Afghanistan – they are now very emboldened."
AFGHANISTAN WOMEN'S RIGHTS PROTESTER SAYS TALIBAN VIOLENCE WON'T STOP FUTURE DEMONSTRATIONSWagner added that the freedoms "young people have experienced since we landed in their country will be taken away now that the Taliban is in control."
He also said he has met hundreds of veterans during his time in the Pennsylvania State Senate.
CLICK HERE TO GET THE FOX NEWS APP"What do we say to families who lost loved ones in the Middle East – the country these people served and died for left Afghanistan with its tail between its legs," he told Fox News.
"It seems that President Biden was hell bent on rushing out of Afghanistan – his ego and lack on information is going to prove to be very bad for the United States."
Wagner says the billboards will be up for two months.