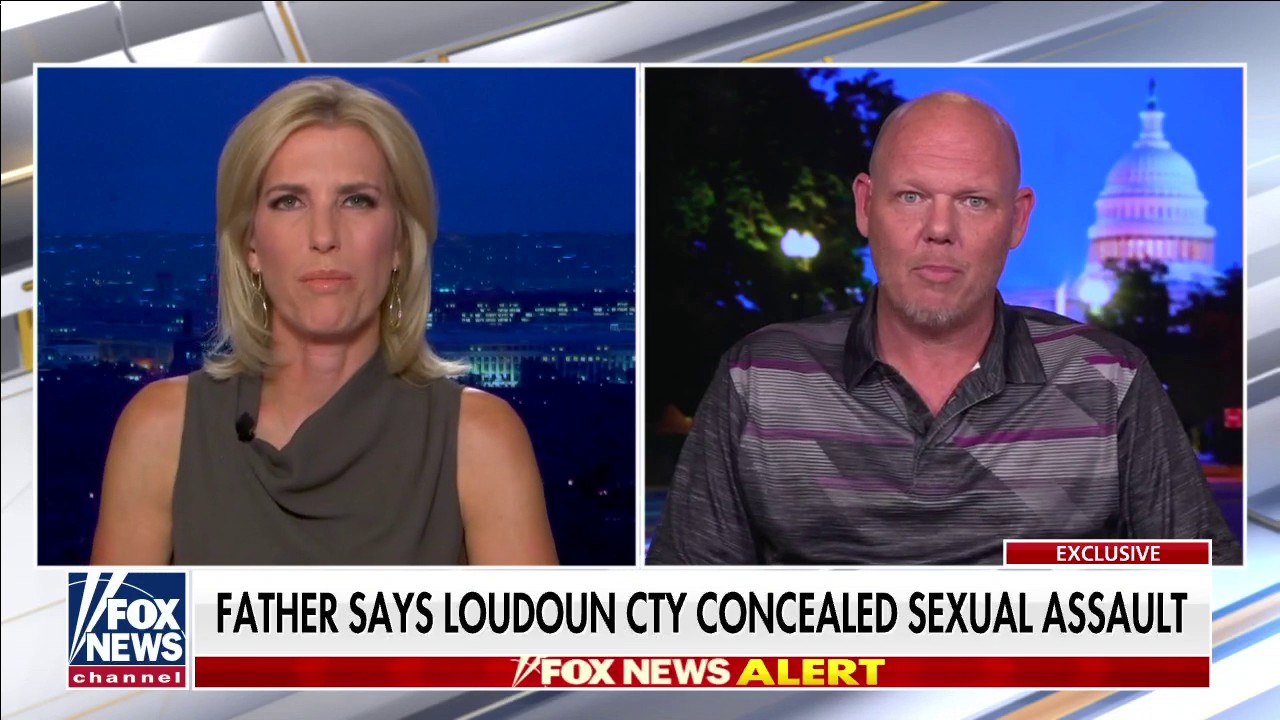 The family of a Loudoun County high school student who was allegedly sexually assaulted in a school bathroom has retained a law firm to represent them in a case against the school district.
CONSERVATIVE COMMENTATOR ACCUSES LOUDOUN COUNTY SCHOOL BOARD OF BEING 'CHILD ABUSERS'"The sexual assault our daughter endured should never happen to any young girl, or any child, attending a public school," Jess and Scott Smith are quoted as saying in the press release about their lawsuit and alleged assault against their daughter.
Their lawyer, Bill Stanley, added that the alleged assault against the Smiths' daughter is "abhorrent."
"What happened to Mr. and Mrs. Smith and their daughter in Loudoun County is absolutely abhorrent and unacceptable.
It is a nightmare no family should have to endure, yet it has happened twice in Loudoun Schools in the same year by the same perpetrator.
The law firm will also represent Scott Smith against "wrongful and unconstitutional" charges filed against him in Circuit Court.
Smith claimed earlier this week that the district tried to cover up the alleged bathroom sexual assault of his daughter, which was detailed in a Daily Wire article on the matter.
The Loudoun County Sheriff's office confirmed to Fox News earlier this week that there was a two-month investigation into the May 28 alleged sexual assault at the school before an arrest of the suspect.
The Loudoun County Sheriff’s Office is not able to provide any documents that pertain to a pending case."
CLICK HERE TO GET THE FOX NEWS APP"We will fight the wrongful and unconstitutional criminal charges against Mr. Smith in circuit court.
We will protect the interests of their daughter at every turn of the legal process.
And, we will pursue federal Title IX actions against the local government and all officials who are responsible for allowing this harm to come to the Smith’s daughter," Stanley added in his comments.