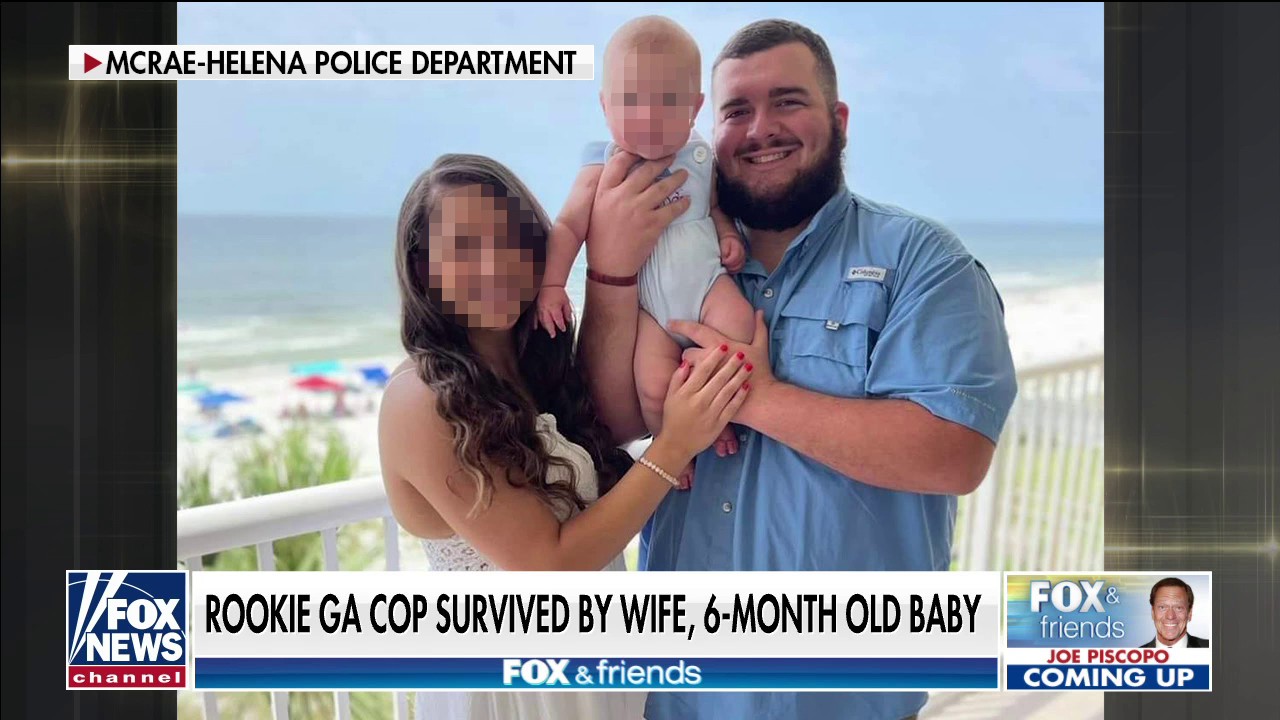 Police in Georgia arrested two women in connection to the fatal shooting of a police officer who was ambushed and killed during his first shift on the job, authorities said.
Officer Dylan Harrison, 26, was shot outside the Alamo police station in Georgia last Saturday, according to police.
Damien Anthony Ferguson, 43, was arrested the following day for the "ambush-style attack" and murder.
Police arrested Ferguson’s sister, 45-year-old Charlotte Ferguson , on Tuesday and charged her with hindering the apprehension or punishment of a criminal, Fox 5 reported.
Police also charged 24-year-old Asia Kinney with terroristic threats and acts, after she reportedly made threatening social media posts related to the investigation into Harrison’s death.
FAMILY MOURNS GEORGIA OFFICER KILLED ON FIRST DAY WITH LOCAL POLICE FORCE: 'IT'S UNIMAGINABLE'Harrison had approached a car in a Circle K convenience store parking lot last Friday after observing a traffic violation.
The officer responded by using his Taser and taking the man to a local jail.
Police believe Harrison’s death was in retaliation for his arrest of the unidentified driver.
GEORGIA POLICE OFFICER SHOT DEAD FIRST DAY WITH FORCE, ARMED SUSPECT ON THE LOOSE"It is believed that the ambush-style attack on Officer Harrison was retaliation for the incident and arrest of the man," the Georgia Bureau of Investigation said.
Ferguson was taken into custody on Sunday by a SWAT team and a division of the U.S.
Harrison had taken a part-time job with the Alamo Police Department after already working as a full-time Oconee County Drug Taskforce agent since 2018.
"His life was taken from him for simply doing his job," she added.