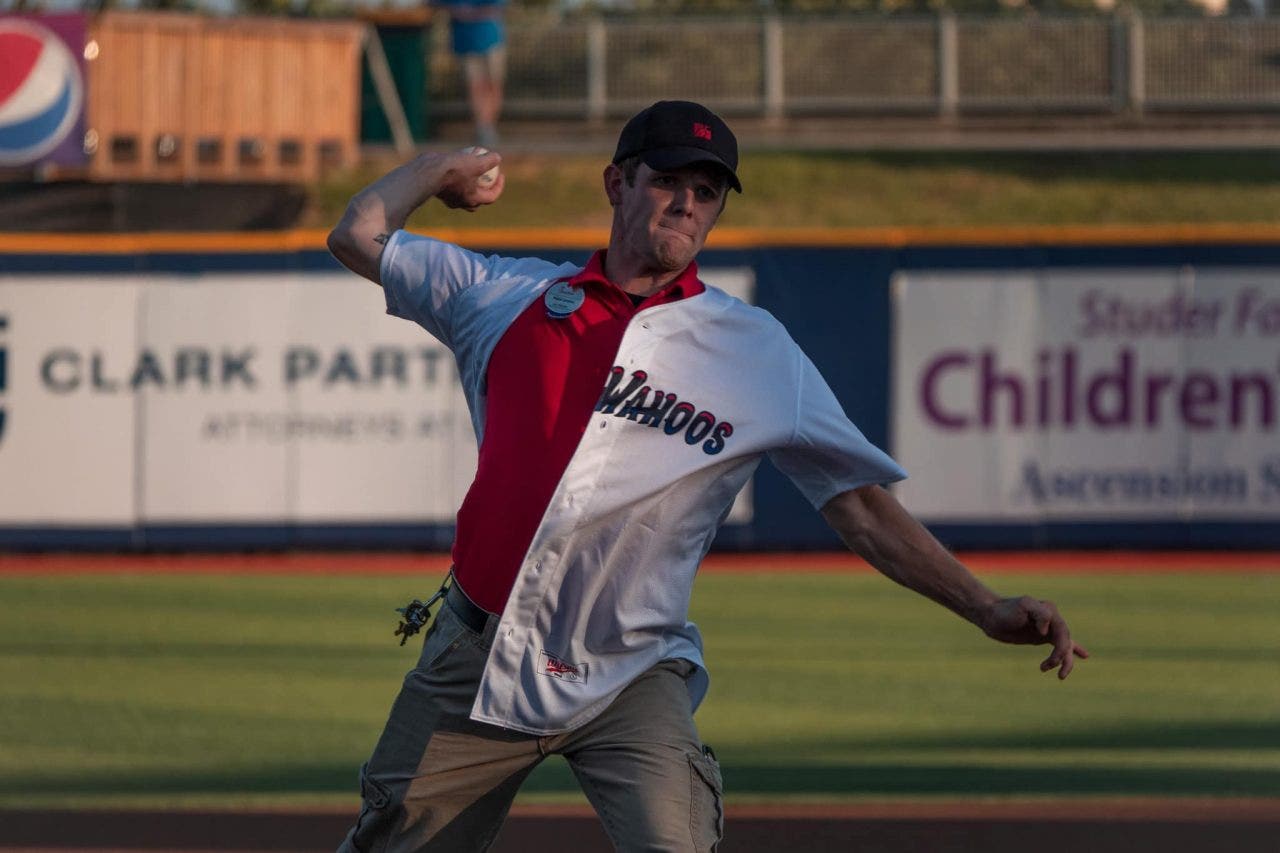 NEW You can now listen to Fox News articles!
A Florida Chick-fil-A employee credited with saving a woman from what would have been a carjacking earlier this month was recognized for his good deed by a Minor League Baseball team Thursday.
Mykel Gordon, a Fort Walton Beach native, threw out the first pitch Thursday for the Pensacola Blue Wahoos before game two of the team's playoff series against the Montgomery Biscuits.
The Chick-fil-A employee was working inside the restaurant's Fort Walton Beach location last Wednesday when he heard a woman yelling for help outside.
next Image 1 of 4prev next Image 2 of 4prev next Image 3 of 4prev Image 4 of 4FLORIDA CHICK-FIL-A EMPLOYEE SAVES 'SCREAMING' WOMAN WITH A BABY IN WOULD-BE CARJACKINGAccording to the Okaloosa County Sheriff's Office, the woman was pulling an infant out of her car when a man approached her with a stick and demanded she give him her keys.
He then took the keys from her waistband, opened the car door and got inside.
CLICK HERE TO GET THE FOX NEWS APPGordon's heroic actions led to the immediate arrest of the man, who was charged with battery and carjacking with a weapon.