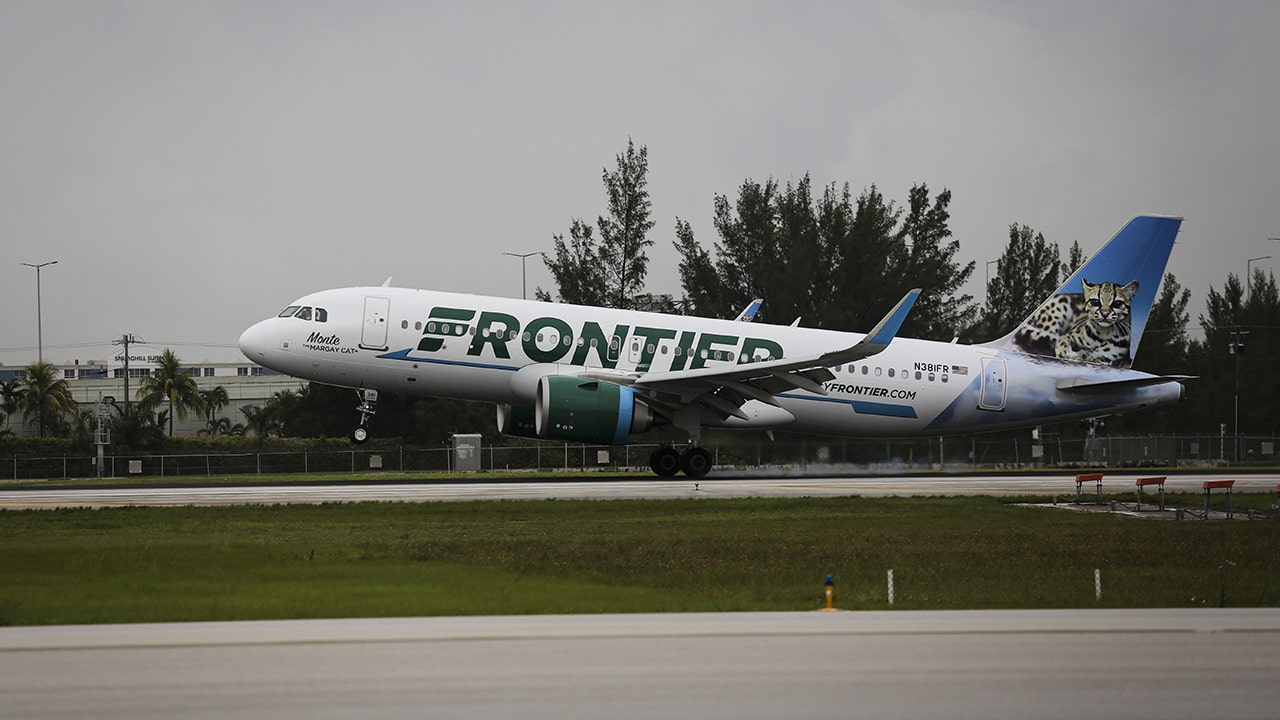 An alleged bomb threat aboard a Frontier Airlines flight prompted authorities to evacuate a Florida airport Tuesday.
A man aboard the flight headed from Palm Beach to Philadelphia made a remark about an explosive, causing the evacuation of Concourse C at Palm Beach International Airport, Palm Beach County Sheriff's spokesperson Teri Barbera told Fox News Digital.
MEDICAL TRANSPORT PLANE CRASHES OFF HAWAII COAST, COAST GUARD SEARCH UNDERWAY"Apparently, a passenger made an utterance that there was a bomb in his bag(s)," Barbera said in a statement.
The person who made the threat was arrested by the FBI, she said.
The area was evacuated so bomb-detection dogs and the sheriff's bomb squad and the FBI could check two passenger bags.
Noting was found.
Six flights were delayed as a result, WFLX-TV reported.
Those who got off the plane were moved to other airport concourses during the search, the news report said.
Frontier Airlines deferred any comment on the matter to the sheriff's office.
Concourse C reopened just after 8 p.m.CLICK HERE TO GET THE FOX NEWS APPFox News Digital has reached out to authorities.