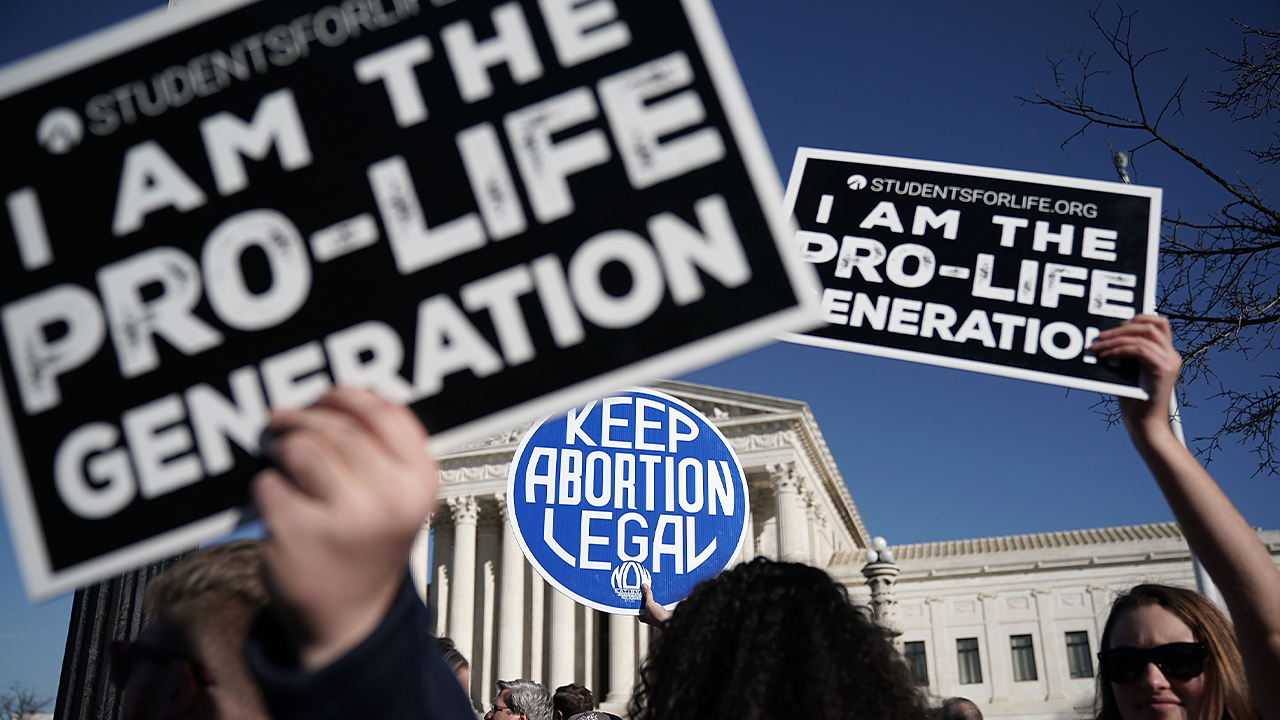 NEW You can now listen to Fox News articles!
An elderly pro-life volunteer in Michigan was shot in the shoulder while canvassing a neighborhood to discuss an abortion ballot proposal, according to the Right to Life of Michigan.
The "victim said that she was shot in the back/shoulder while leaving a residence during a heated conversation, and that the man who shot her was not a part of her conversation," the pro-life group wrote in a press release Saturday.
The unidentified woman is 83-years-old, according to police, though the Right to Life of Michigan identified her as 84 years old in the press release.
The woman was canvassing a neighborhood in Lake Odessa to discuss the state’s vote on Proposal 3, which would protect abortion access in the state.
The state will vote on the proposal on Nov. 8 on the general election ballot.
"The victim does not know the identity or motive of her shooter.
The victim is still recovering from her gunshot wound and wishes to remain anonymous while the criminal investigation proceeds," the Michigan Right to Life press release stated.
ZERO ARRESTS IN AT LEAST 17 JANE'S REVENGE ATTACKS ON PRO-LIFE ORGANIZATIONSMichigan State Police told Fox News Digital Saturday that the elderly woman was shot after a "verbal altercation while she was passing out pamphlets."
LETTER SIGNED BY RADICAL ABORTION GROUP JANE'S REVENGE DECLARES ‘OPEN SEASON’ ON PRO-LIFE PREGNANCY CENTERSThe victim drove herself to the Lake Odessa Police Department after she was shot in the shoulder, according to state police.
She was then taken to an area hospital, where she was treated and released.
The Michigan State Police is investigating the incident and the case remains open.