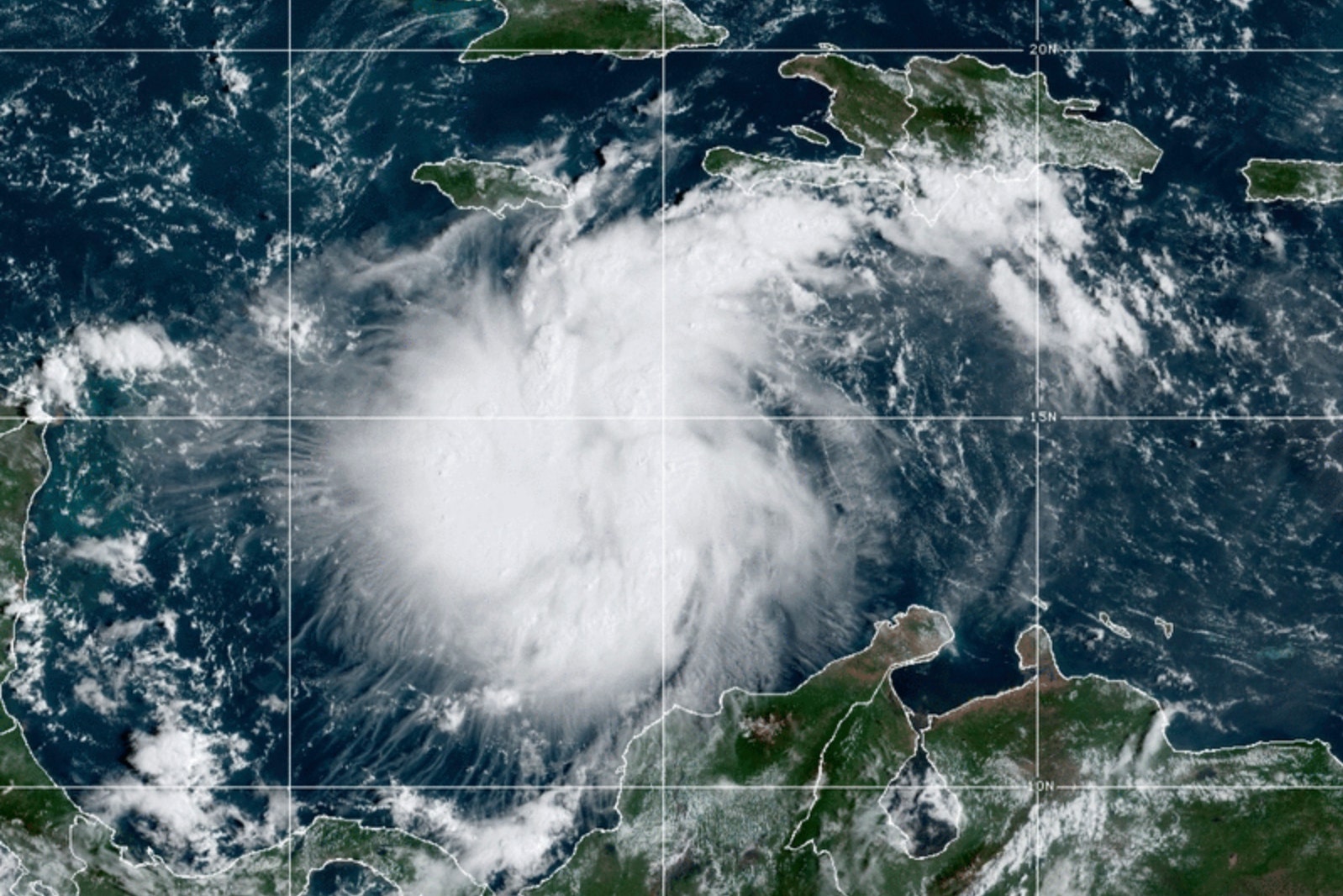 Ron DeSantis on Saturday declared a state of emergency for Florida as Tropical Storm Ian gathers strength over the Caribbean and is expected to bring intense hurricane rain and wind to the state next week.
DeSantis initially issued the emergency order for two dozen counties on Friday.
But he has now expanded the warning to the entire state, encouraging residents to prepare for a storm that could lash large swaths of Florida.
FLORIDA DEMOCRAT SUES DESANTIS FOR FLYING MIGRANTS TO MARTHA’S VINEYARD: 'HE CAN'T COMPLY WITH THE LAW'"This storm has the potential to strengthen into a major hurricane and we encourage all Floridians to make their preparations," DeSantis said in a statement.
"We are coordinating with all state and local government partners to track potential impacts of this storm."
The National Hurricane Center said Ian is forecast to rapidly strengthen in the coming days before moving over western Cuba and toward the west coast of Florida and the Florida Panhandle by the middle of next week.
The agency said Floridians should have hurricane plans in place and advised residents to monitor updates of the storm’s evolving path.
John Cangialosi, a senior hurricane specialist with National Hurricane Center in Miami, said it is currently unclear exactly where Ian will hit hardest in Florida.
He said residents should begin preparing for the storm, including gathering supplies for potential power outages.
The governor’s declaration frees up emergency protective funding and activates members of the Florida National Guard, his office said.
His order stresses that there is risk for a storm surge, flooding, dangerous winds and other weather conditions throughout the state.
CLICK HERE TO GET THE FOX NEWS APPMore than 500,000 customers in Atlantic Canada have been affected by power outages.