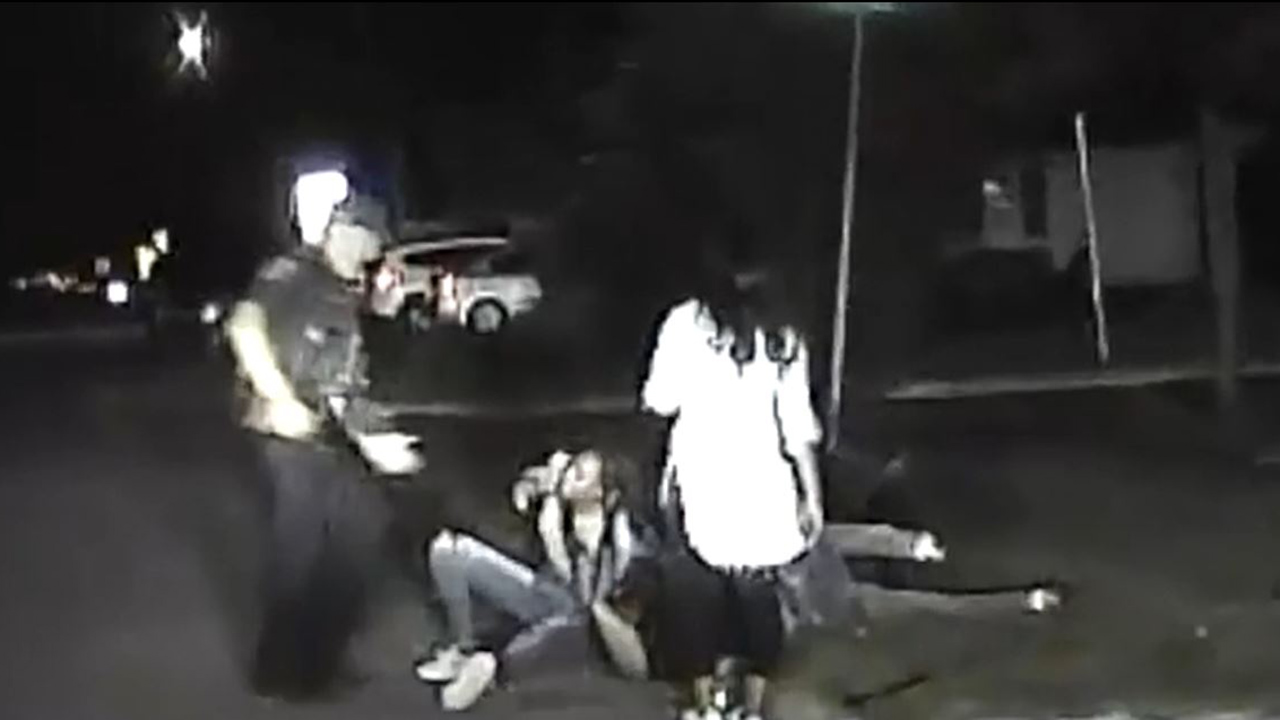 Police in Aurora, Ill., on Wednesday released dashcam video that they said shows an officer being attacked and strangled during a traffic stop last month.
WARNING: GRAPHIC LANGUAGEThe alleged attack occurred after an officer attempted to pull over a vehicle that police said ran a stop sign.
Dashcam video shows the moment the officer approached the car.
After shouting back and forth, the officer was seen directing a female passenger to remain in the vehicle.
Before the woman was placed in custody, the male driver exited the vehicle and was seen approaching the officer, while threatening to fight him, the video showed.
The officer informed the male driver that he was also under arrest for obstruction, according to the video.
Police said the two female passengers ran after the officer and allegedly punched him and kicked him in the body and head.
Soon after, the video shows other officers arriving at the scene.
The dashcam video released by police didn't show the portion of the attack where the officer was allegedly beaten.
It did appear to show the two female suspects on top of the officer pinning him to the ground.
According to the video, one of the suspects appeared to sit on the officer's head, while police said another applied significant force to the officer's windpipe.
CLICK HERE TO GET THE FOX NEWS APPThe officer was treated at a hospital following the attack, reports said.