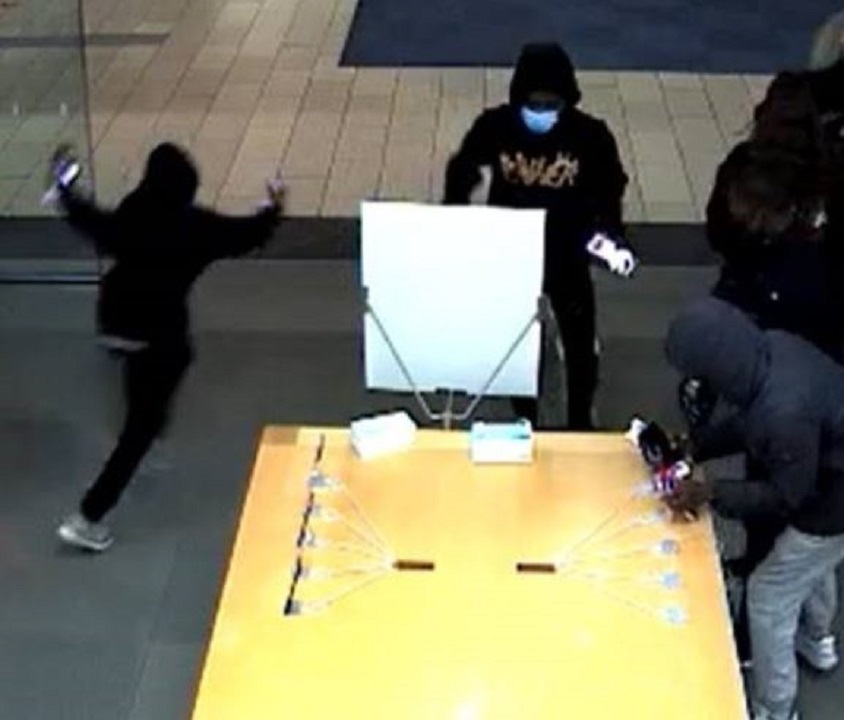 A Northern California Apple store was targeted by thieves Wednesday in the latest smash-and-grab theft as mobs continue to commit brazen burglaries on retail shops in several U.S. cities.
Four suspects walked into the Apple store just after 11:30 a.m. in Santa Rosa, 55 miles north of San Francisco, and stole more than $20,000 worth of merchandise in broad daylight in front of customers and staff, authorities said.
LA THIEVES ATTACK SECURITY GUARD IN CALIFORNIA'S LATEST SMASH-AND-GRABThey fled in a vehicle and ranged in age from 14 to 18-years-old, the Santa Rosa Police Department said.
They were wearing black clothing and masks.
The incident follows similar burglaries involving dozens of suspects that have ransacked numerous stores in the Bay Area and Los Angeles.
Hours after the Apple burglary, five suspects in Los Angeles stole about $25,000 worth of merchandise from a Nordstrom inside the Westfield Topanga mall and used bear spray on a security guard.
On Monday, another Nordstrom at a popular shopping and entertainment complex east of downtown Los Angeles was targeted when suspects used a sledgehammer and other tools to break in.
The Los Angeles Police Department has also had to contend with more than 100 robberies involving suspects who follow their victims home from various parts of the city.
Over the weekend, retail shops, pharmacies and cannabis dispensaries were ransacked throughout San Francisco, nearby Oakland and the surrounding suburbs.
CLICK HERE TO GET THE FOX NEWS APPIn response to the increase in such crimes, Gov.
Gavin Newsom authorized the creation of task forces to tackle the problem.
The Chicago area has seen similar thefts as well, including one in which a Louis Vuitton store had between $100,000 and $200,000 in merchandise stolen last week.