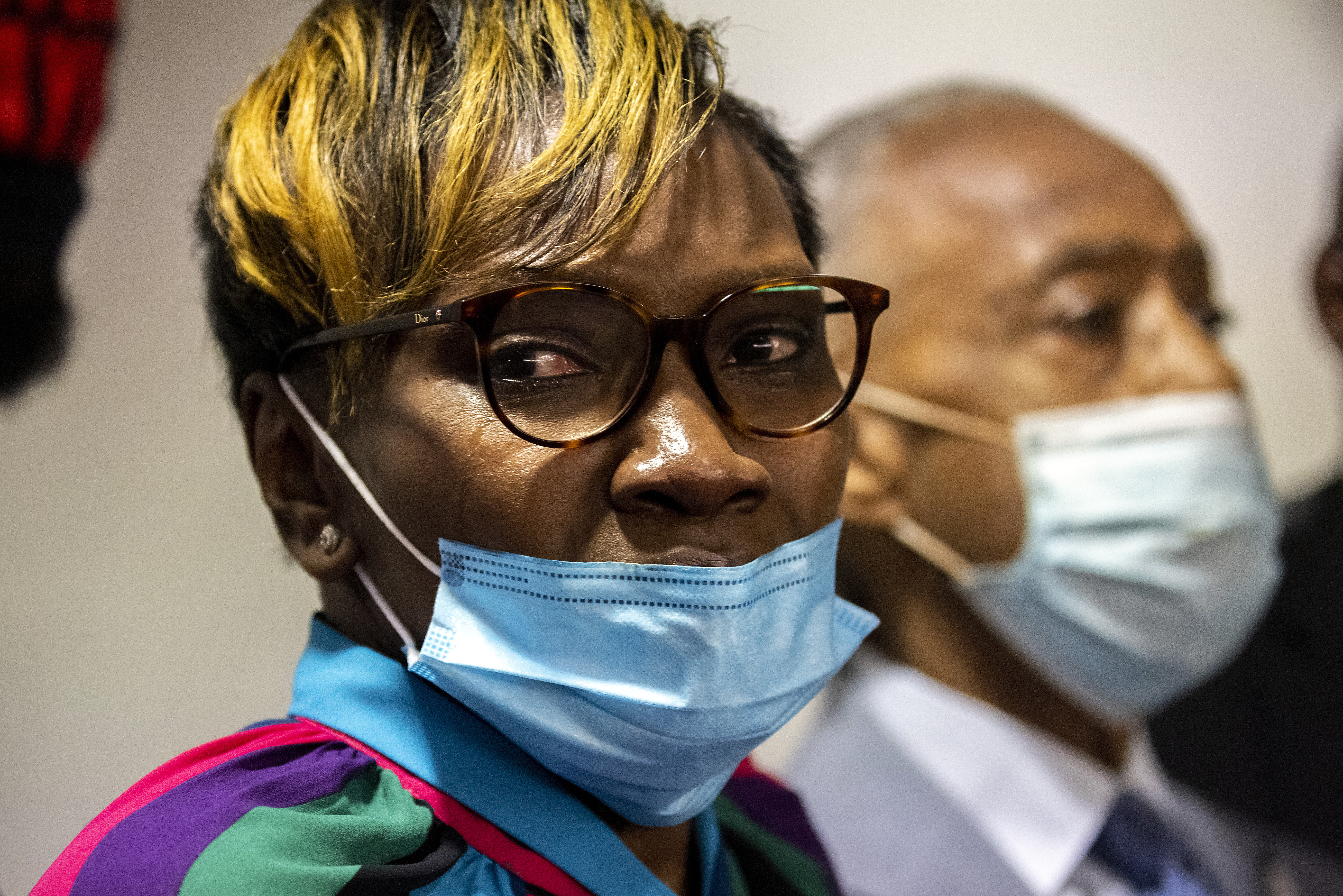 EXCLUSIVE: It's the second Thanksgiving she's spent without her son, but Wanda Cooper-Jones says she is still thankful.
She says her son, 25-year-old Ahmaud Arbery, is "smiling, looking down he continues to rest in peace."
In an exclusive one-on-one interview with Fox News, Cooper-Jones is relieved to finally have justice for Arbery's death after he was shot and killed nearly 2 years ago on Feb. 23, 2020.
Cooper-Jones made a trip on Thanksgiving Day to a mural that honors Arbery's life in Brunswick, Georgia.
Cooper-Jones says her son's legacy is already bringing change to the world and hopes it will continue to do so.
She says, "Ahmaud has already brought about the hate crime law here in Georgia, and also the citizen's arrest law being repealed."
Ahmaud was actually hunted down like an animal and I think the last word is very much deserving to him.
Under Georgia law, Travis McMichael and father Greg McMichael, as well as William "Roddie" Bryan, all face a minimum life sentence in prison with Wednesday's conviction.
The judge will decide at a sentencing hearing whether that will be with or without the possibility of parole.
CLICK HERE TO GET THE FOX NEWS APPDefense attorneys plan to file an appeal after the sentencing, but Cooper-Jones says she is ready.
But she tells Fox News she is also ready for the same 3 men to face federal hate crime charges when jury selection begins in February.
"I'm hoping that the verdict of guilty on all 3 defendants sends out a message of accountability," explains Cooper-Jones.