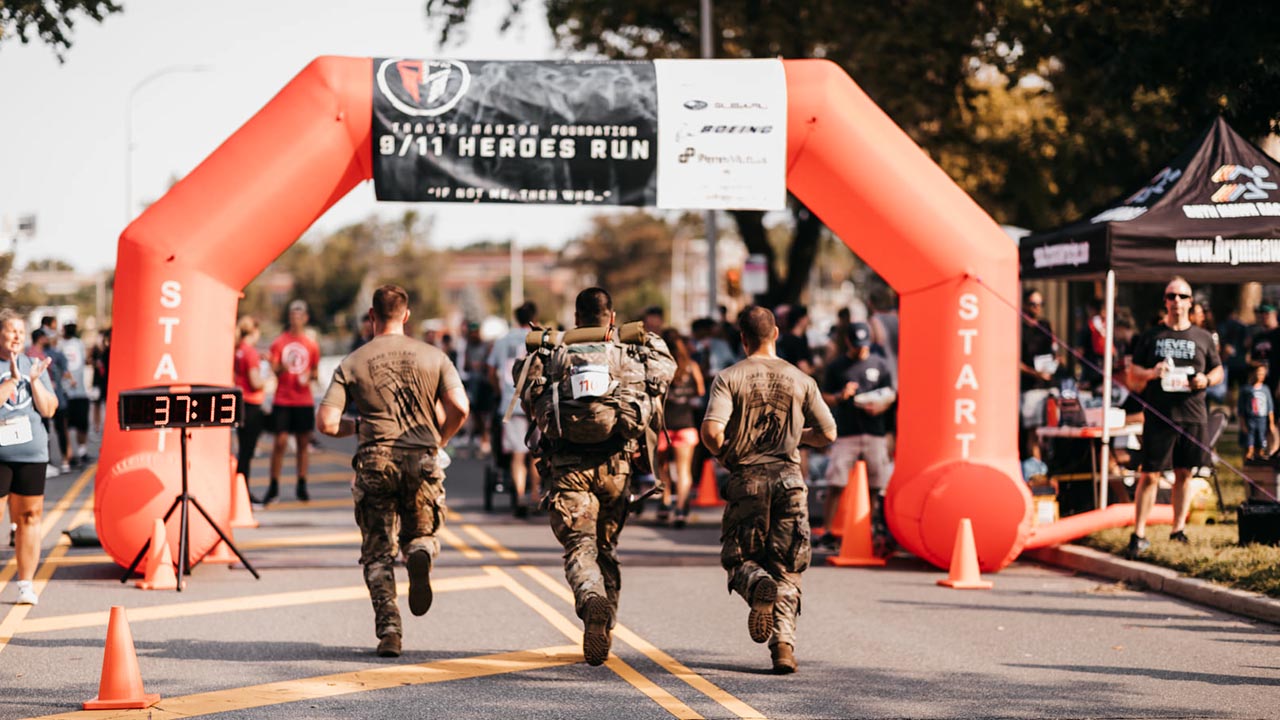 Throughout September, nearly 90 races around the world are honoring those who have served and continue to serve the United States.
It's called the 9/11 Heroes Run 5K race series.
It started 13 years ago with one race in Doylestown, Pennsylvania, Ryan Manion, president of the Travis Manion Foundation, told Fox News.
OLDEST US VETERAN OF WWII CELEBRATES HIS 112TH BIRTHDAYBefore his final tour in Iraq, Travis Manion visited the New York City Fire Department Rescue Company 1, which lost almost all of its men on 9/11.
When he came back from his visit, Ryan Manion recalled Travis saying, "This is why we're here.
The foundation now works to carry on "the legacy of selfless service and leadership embodied by Travis and all those who have served, or continue to serve, our nation," the Travis Manion Foundation website reads.
This September, 20 years after 9/11, there are now nearly 90 races all over the world with more than 60,000 participants showing those brave men and women that "their service matters," Ryan Manion explained.
"We always say that these 5Ks are certainly more than just a run," she said.
HONORING 9/11 FIRST RESPONDERS: REFURBISHED FIRE TRUCK EMBLAZONED WITH NAMES OF THE FALLENJessica Ross got involved with the foundation in 2018, about 17 years after her brother was killed during the 9/11 attacks.
"And when I found TMF [Travis Manion Foundation], they had flipped the script for me.
So, yes, even if it's difficult, even if I still get emotional talking about it, I am never going to let their legacy fade."
Those who wish to participate still have time to sign up to join a 5K online.