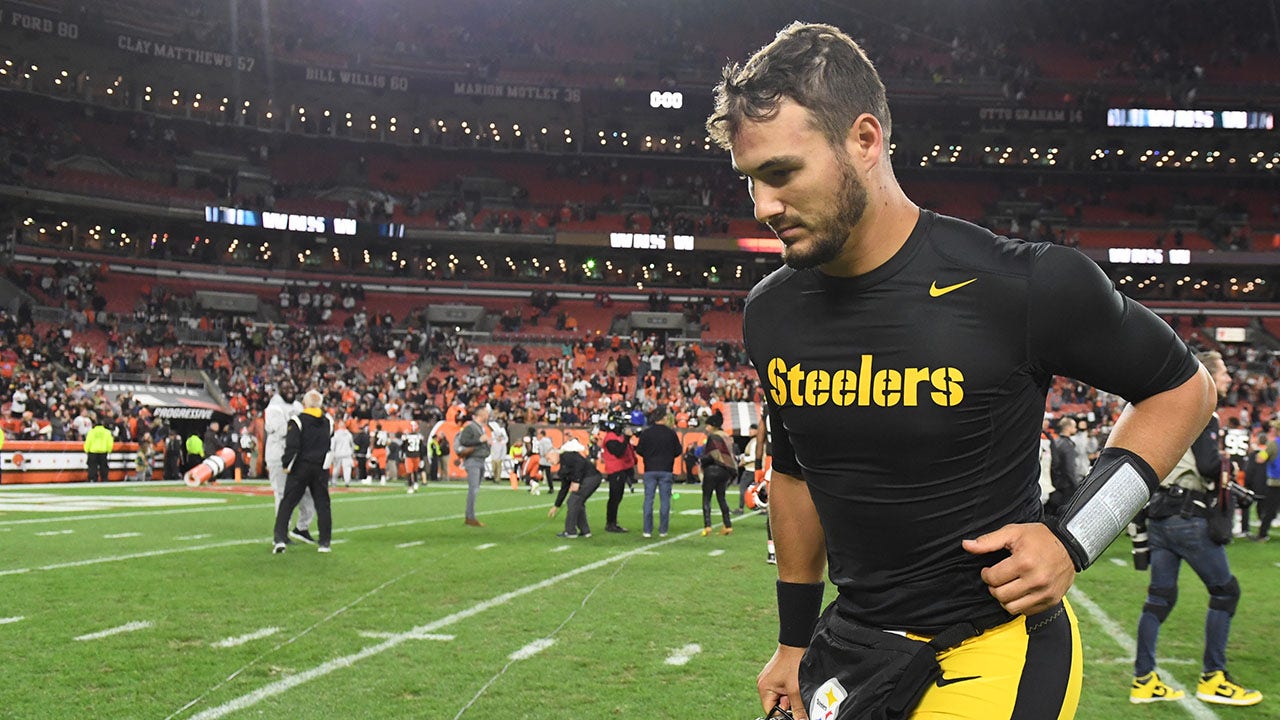 Mitch Trubisky will remain the Pittsburgh Steelers starting quarterback despite a rough start to the season, head coach Mike Tomlin said following the team’s 29-17 loss to the Cleveland Browns Thursday night, adding that it was a "collective" breakdown that resulted in the Steelers poor performance in the second half.
In a brief press conference to reporters following the Steelers second straight loss of the season, Tomlin repeatedly said that Pittsburgh’s inability to stop three-time Pro Bowl running back Nick Chubb was their greatest mistake.
So there’s not a lot to really talk about," Tomlin said.
NICK CHUBB RUNS THROUGH STEELERS’ DEFENSE AS BROWNS WIPE OUT DIVISIONAL RIVAL"I thought they controlled the game.
I’m interested in reviewing his tape and looking at the totality of it and figuring out how we collectively get better.
CLICK HERE FOR MORE SPORTS COVERAGE ON FOXNEWS.COM"I thought he made some plays, but we all collectively came up short.
Pittsburgh managed just 54 yards on its first three possessions in the second half.
"We’re getting there, just not where it needs to be," Trubisky said after the game.
"We didn’t hit on the plays we needed to in the second half.
Scoring three points in the second half isn’t going to do it for us."
CLICK HERE TO GET THE FOX NEWS APPTrubisky finished 20-of-32 for 207 passing yards and no touchdowns, but the Steelers' biggest problem was converting on third down (1-9).
"We got to look at this tape and learn and get better – and get better very fast," Tomlin said.
Source