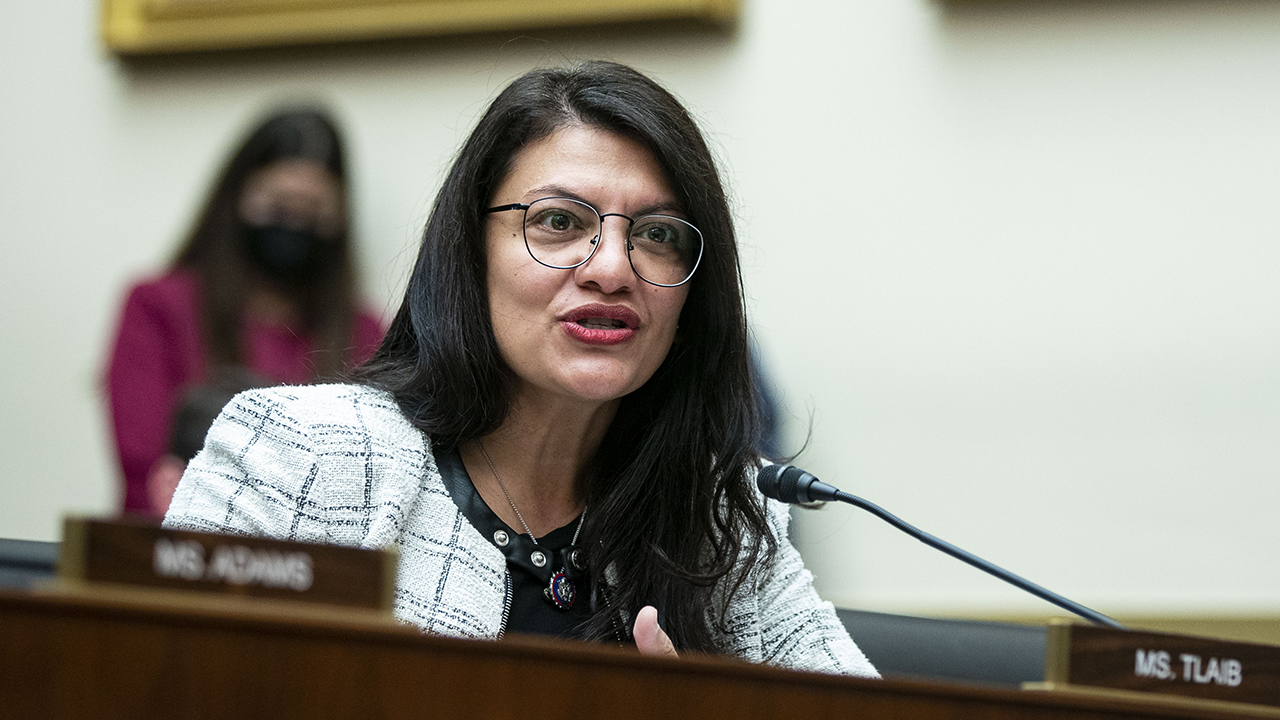 A Michigan Democrat who says she plans to challenge far-left U.S. Rep. Rashida Tlaib in a primary for an open U.S. House seat in the state this fall has accused the Detroit congresswoman of "anti-Semitic rhetoric."
"When she gets that mic in front of her, she goes crazy and goes to many extremes," Shanelle Jackson, a former Michigan state representative from 2007-2012, told the Jewish Insider in an interview published Friday.
"I really feel like it’s now or never as it pertains to being able to sort of shut her down and calm down some of the anti-Semitic rhetoric," Jackson added.
Tlaib, the lone Palestinian-American in Congress and progressive "Squad" member, has been criticized in the past by lawmakers from both major parties for rhetoric perceived as anti-Semitic.
Last fall, for example, Tlaib referred to Israel as a "violent apartheid system" during a debate over funding for Israel’s Iron Dome system.
"I will not support an effort to enable and support war crimes, human rights abuses, and violence," she said of Israel on the House floor.
The reference sounded to some like an anti-Semitic conspiracy that rich Jewish "globalists" secretly control the world, according to the Times of Israel.
She did say in the interview that she supported a "safe haven for Jews" and accused critics of "twisting" her words.
"I’ve been rallying the troops," Jackson told the newspaper of her imminent challenge.
She also said she is a supporter of a two-state solution in Israel, which Tlaib has said she opposes.
It’s heartbreaking, to be honest with you, to have Rep. Tlaib not even wanting to explore that path."
Jackson, who said she plans to formally launch her campaign in February, is so far Tlaib’s only challenger in the district.
Source