North Carolina man, once obese, inspired by Navy SEAL to quit drinking, get fit and radically alter his life 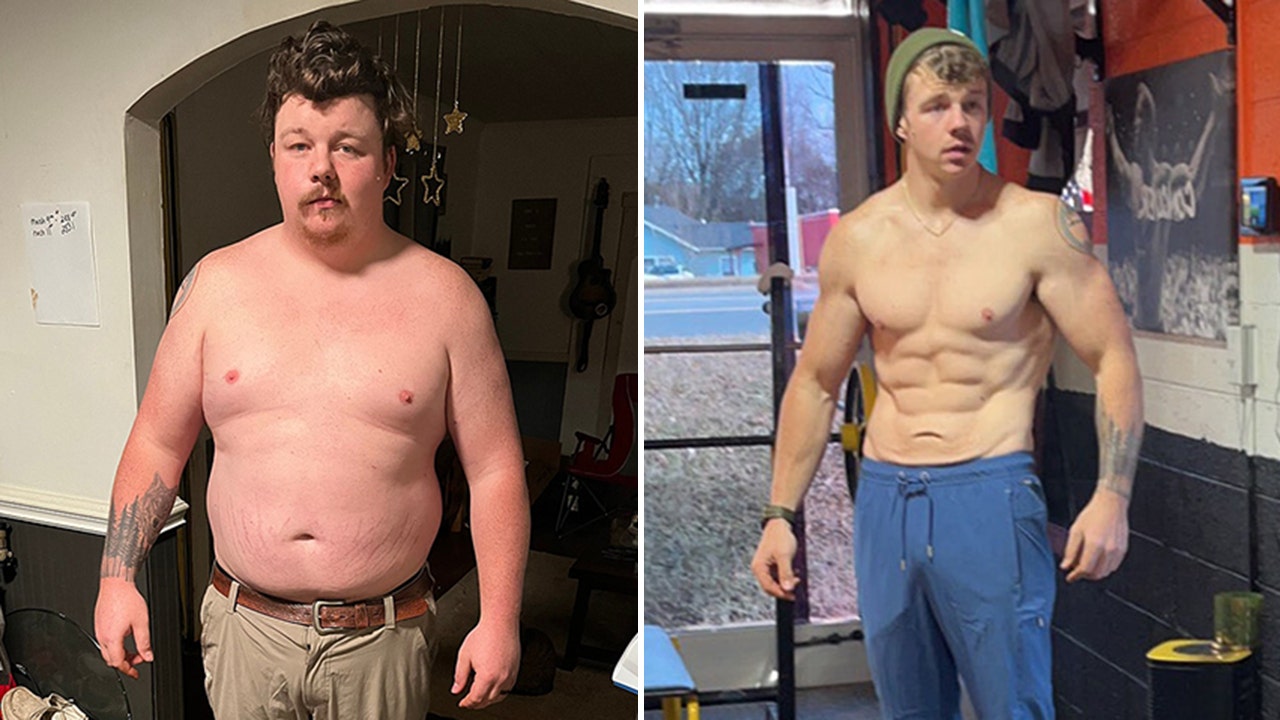 Taylor Robertson, 27, of Winston-Salem, North Carolina, tipped the scales at well over 300 pounds in October 2021 when he decided to make changes in his life.
He said he drank about a bottle of liquor a day, to the point where he "started making bad decisions."
With the help of his fiancée, Robertson got sober — and immediately dropped about 30 pounds without exercising.
Inspired by this weight loss, Robertson turned to YouTube for diet and exercise tips.
EQUINOX GYM'S SHAMING OF NEW YEAR'S RESOLUTIONS RAISES THE EYEBROWS OF EXERCISE EXPERTS"When I was drinking, I took that to the extreme," he said.
At the start of his running journey, Robertson said he "couldn't run a quarter-mile without feeling like I was absolutely dead."
Throughout his fitness journey, Robertson turned to retired Navy SEAL-turned-runner David Goggins for motivation, listening to his talks and videos "every single day," he said.
Goggins doesn't believe in popular and trendy mantras, but in incremental growth — and doing hard things one step at a time.
Goggins continued, "It started off by recognizing, honestly, that my bedroom was dirty … I lived a sloppy life."
Inspired by Goggins, Robertson began making a point to exercise when he did not want to do it.
"Anything that was hard, [Goggins] would do.
If it's too hard to ride a bike, I don't know, twiddle your thumbs, but do it so much you can't do it anymore."
Source