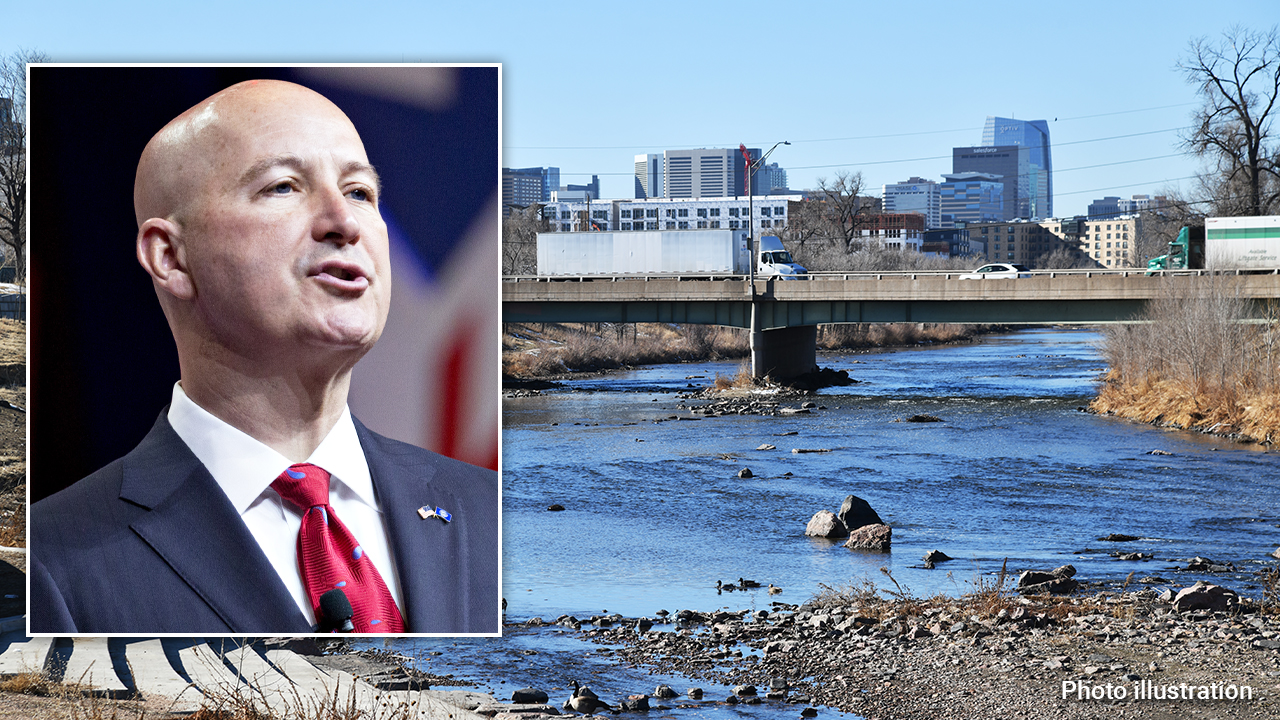 Pete Ricketts is planning to use eminent domain to take land in Colorado to build a canal off the South Platte River, claiming that a 99-year-old agreement allows him to do it.
The two states signed the South Platte River Compact in April 1923, granting each of them various rights in connection with the river.
In an interview with Fox News Digital, Ricketts said that nearly 300 projects Colorado has announced over the years for the South Platte River Basin pose a threat to Nebraska’s water access.
NEBRASKA GOVERNOR BLASTS STATE UNIVERSITY FOR ‘ANTI-RACISM’ PLAN: DROP THE IDEOLOGICAL INDOCTRINATION'"Nebraska’s producers — our farmers and ranchers — feed the world.
As far as Nebraska taking Colorado land to build its canal, the compact does allow each state to invoke eminent domain for specific reasons.
For Nebraska, the agreement says it can do this to construct and operate a canal to divert water in Colorado from the river to irrigate Nebraska lands.
Ricketts said construction on a canal first began in 1894, but stopped due to lack of funds.
Polis will continue to fight for Colorado's water rights and interests in interstate compacts and to oppose the diversion of precious water resources from Colorado."
"Our longstanding compliance of and respect for the water agreement between our states on the South Platte River remains intact, and we hope that our partners in Nebraska will show that they share that respect."
"Colorado and Nebraska have long worked together on our interstate water issues because of Colorado’s privileged status as a headwaters state," Polis added.
"However, any actual proposed project by Nebraska in Colorado would receive rigorous review to ensure it is in compliance with the compact, private property rights, Colorado water law and state and federal environmental obligations, as endangered species issues among others are of critical concern on the South Platte River.
I look forward to a productive dialogue with Governor Ricketts on the important issues of water development and protection of our natural resources in both Colorado and Nebraska."
Source