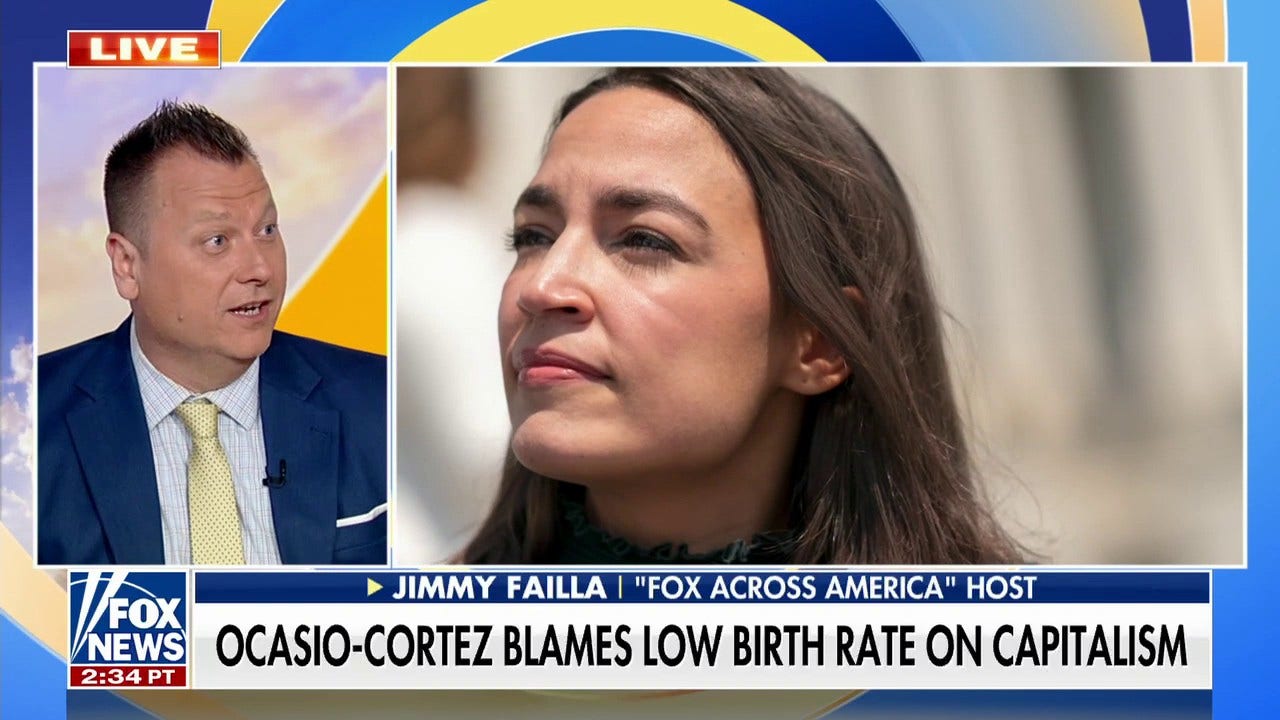 ‘Fox Across America’ host Jimmy Failla sounded off on Rep. Alexandria Ocasio-Cortez for her latest rant complaining about capitalism and emphasizing the need for immigration in order to fund social programs amid a low U.S. birth rate.
On "Fox & Friends First" Friday, Failla noted that legal immigration is needed, but Ocasio-Cortez and her fellow Democrats are encouraging anything but a legal process.
ALEXANDRIA OCASIO-CORTEZ MOCKED FOR GQ MAGAZINE FEATURE: ‘WAIT, WHAT?!'
JIMMY FAILLA: You've always got to qualify this through the lens of, AOC is a low-IQ TikToker who happens to serve in Congress.
Okay, when she says we need immigration because of Social Security and funding, stuff like that.
But the caveat there is we need legal immigration, because legal immigration is what contributes to Social Security and funds the systems.
What they're encouraging on the Democratic side of town is anything but legal immigration.
But going one step further, young people aren't having kids.
Yes, they're waiting longer.
But also, your party is championing the idea of not having kids as a badge, abort them.
They're walking around like that's a badge of honor now.
We went from abortion is safe, legal and rare to like 'I'm so proud it's abortion Tuesday.'
Source