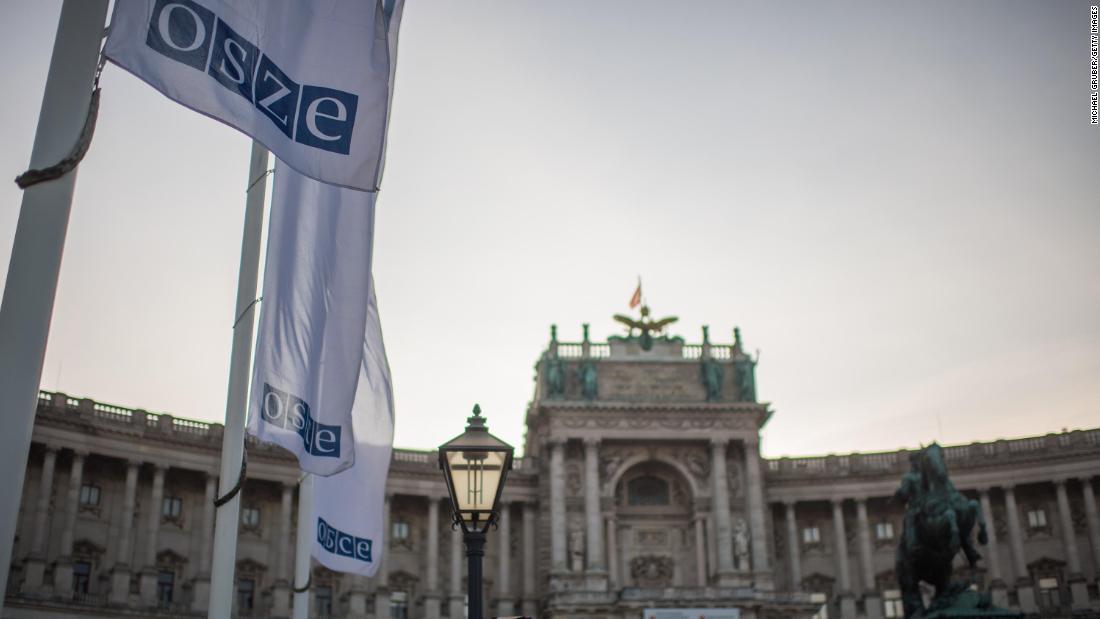 (CNN) The last of three meetings aimed at ratcheting down tensions with Moscow over its potential invasion of Ukraine ended without a clear breakthrough, leaving prospects for future diplomacy and de-escalation in doubt as Russian officials warned they could soon turn to military options.
Thursday's meeting in Vienna at the Organization for Security and Cooperation in Europe (OSCE) capped a week of intensive engagements that the United States and its NATO allies hoped could spur Russia to pursue a path of "de-escalation and diplomacy" rather than mobilizing the tens of thousands of Russian troops whose presence has swelled along Ukraine's borders.
However, in the wake of the meetings, Russian officials reacted with frustration and impatience, suggesting they were poised to abandon discussions over the US and NATO's refusal to entertain Moscow's key demands: guarantees that Ukraine will never be permitted to join NATO and that the alliance roll back its expansion in Eastern Europe.
The US and its NATO allies have repeatedly said such proposals from Moscow are non-starters.
"The jury's out on which path Vladimir Putin is going to choose," said Secretary of State Antony Blinken after the conclusion of the week's meetings, in an interview with MSNBC.
"Is he going to choose the path of diplomacy and dialogue to resolve some of these problems or is he going to pursue confrontation and aggression?"
The head of the US delegation, Blinken's deputy Wendy Sherman, told reporters after the talks at NATO that the Russians themselves may not know yet what their next move is.
Throughout this week's talks, the US has repeatedly argued that diplomacy can't happen unless Russia de-escalates, which Sherman on Monday said the US defined as Russia returning its troops to barracks or telling the US "that exercises are ongoing and what their purpose is."
Source