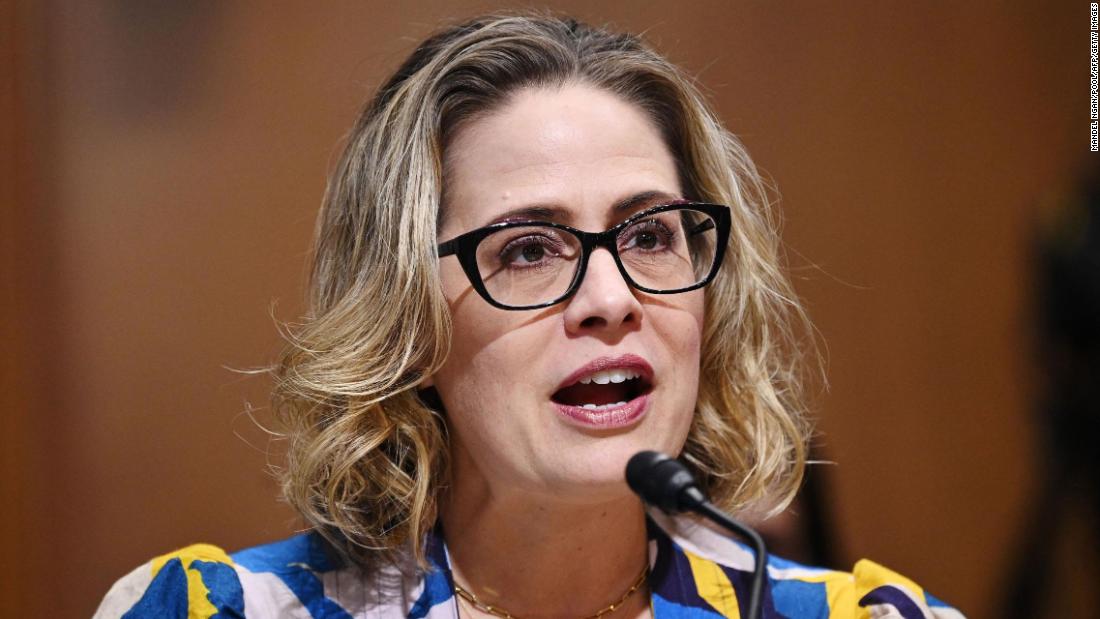 (CNN) Democratic Sen. Kyrsten Sinema of Arizona reiterated from the Senate floor Thursday that she is not backing off her position to uphold the filibuster, less than an hour before President Joe Biden arrived on Capitol Hill to pitch Democrats on eradicating it.
She said removing the filibuster would not guarantee "that we prevent demagogues from being elected" and that getting rid of it would merely be treating the "symptom" of partisanship and not the underlying problem.
Sinema said while she continues to strongly back Democrats' elections legislation she will not support "separate actions that worsen the underlying disease of division infecting our country ...
There's no need for me to restate my long-standing support for the 60-vote threshold to pass legislation."
"When one party need only negotiate with itself, policy will inextricably be pushed from the middle towards the extremes," she added, noting that she does not support that outcome, and she knows "Arizonans do not either."
Sinema's position has been consistent throughout recent negotiations on voting rights but is a fatal blow to her party as they tried to strike a unified tone in backing legislation on the issue, ahead of a self-imposed deadline Monday to act.
Source