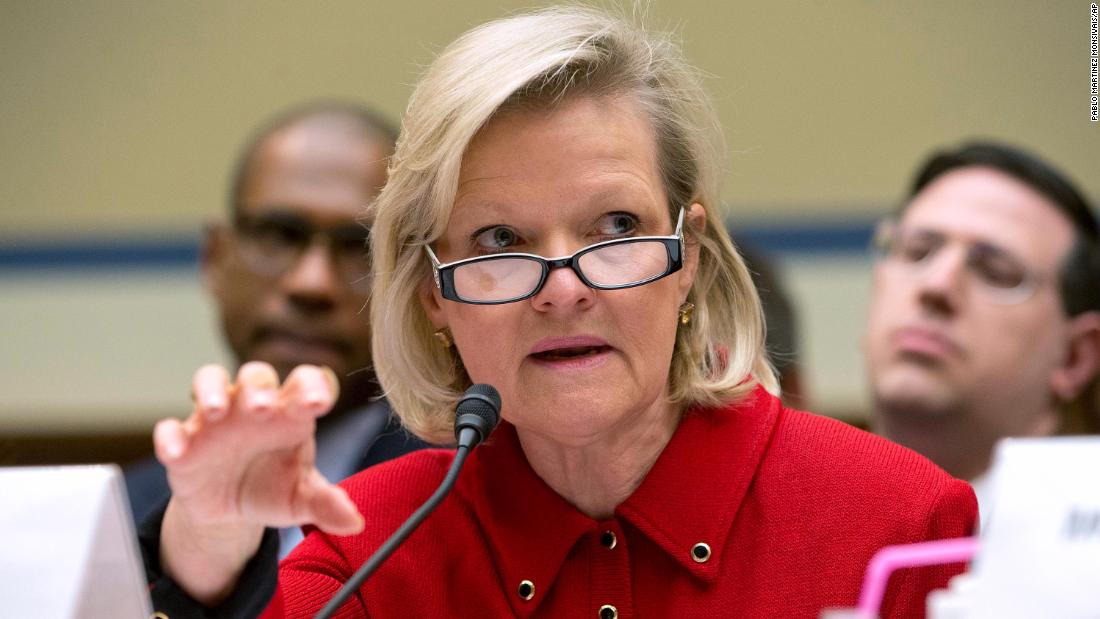 After the election, Mitchell worked as a volunteer legal adviser to Trump's campaign in Georgia, helping to file a December 2020 lawsuit in the state seeking to invalidate the presidential election results by alleging widespread voter fraud.
In early January, Mitchell participated in Trump's infamous phone call where he asked Georgia Republican Secretary of State Brad Raffensperger to "find" enough votes for him to win.
Mitchell was hired earlier this year by conservative advocacy groups to help pass laws restricting voting in several states.
And she's continued to raise doubts about the 2020 election result, making allegations about missing or duplicate ballots that have been repeatedly debunked.
She worked as an election lawyer for the national Republican Party, as well as conservative groups like the National Rifle Association.
She was known for many years as one of the conservative wing's most prominent voices alleging voter fraud, even before Trump's 2020 campaign.
The exchange is now part of what's understood to be a larger, persistent push by Trump and those around him to co-opt Justice Department leadership into supporting his election fraud accusations.
Raffensperger and state attorneys repeatedly debunked Trump's conspiracies about widespread fraud.
Law firm Folley & Lardner, where Mitchell was a partner, was caught by surprise by her work for Trump's campaign supporting his false claims of fraud.
Back in the fightIt didn't take long for Mitchell to jump back into the fight over the 2020 election and Republican efforts to restrict voting.
She also joined former South Carolina GOP Sen. Jim DeMint's Conservative Partnership Institute as a senior legal fellow focused on election integrity.
"We're going to take those election offices back," Mitchell said, "and we need you to help us."
Source