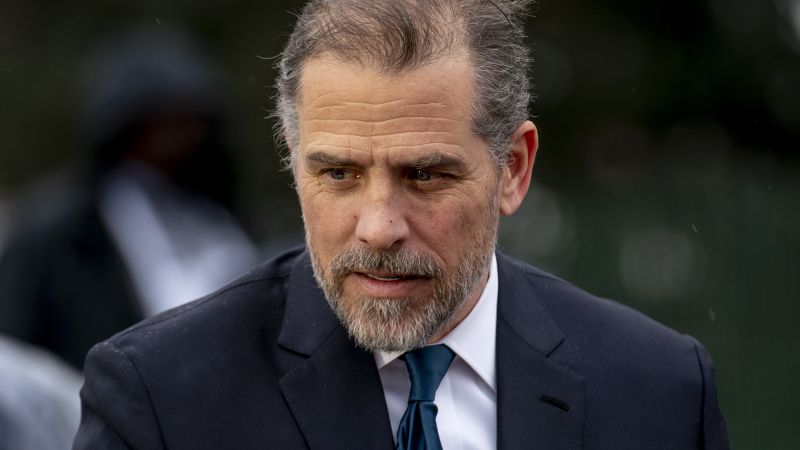 CNN —After clinching the majority in the House of Representatives in the midterm elections, top Republicans on Thursday outlined a broad range of investigative targets focused on President Joe Biden and his family’s business dealings.
As part of his investigation, Comer said, “We would love to talk to people in the Biden family, specifically Hunter and Joe Biden.”The White House said the investigations are politically motivated and a waste of time.
A spokeswoman for Democrats on the House Oversight Committee, Nelly Decker, said the Republicans “rehashed the same, partisan talking points” that have been circulating for years.
Video Ad Feedback President Biden on his son Hunter: 'I have great confidence in my son.
I love him' 01:17 - Source: CNN“Now that former President Trump is running for office again, House Republicans’ top priority is attacking President Biden and his family in a desperate attempt to return Mr. Trump to power,” Decker said in a statement.
Private attorneys representing Biden family members did not respond to requests for comment.
In a letter to the Treasury Department on Thursday, Comer sought any such reports related to various members of the Biden family, their business associates and companies linked to Hunter Biden.
Comer sent a letter to a financial adviser, who Comer has said was managing Hunter Biden’s finances, seeking any suspicious activity reports, as well as financial information about Hunter Biden.
He is also seeking information from one of Hunter Biden’s former business partners, including communications related to Hunter Biden and Joe Biden’s finances, taxes and debts.
Another letter went to Georges Bergés, the gallery owner who showcased and sold Hunter Biden’s artwork.
Among the documents requested were communications with the White House and Hunter Biden, discussions about the pricing of Hunter Biden’s work, and rosters of those who attended Hunter Biden’s art shows and purchased his work.
Alleged ‘politicization’ at the FBIFederal prosecutors have been investigating Hunter Biden since 2018 and have not brought any charges yet.
Source