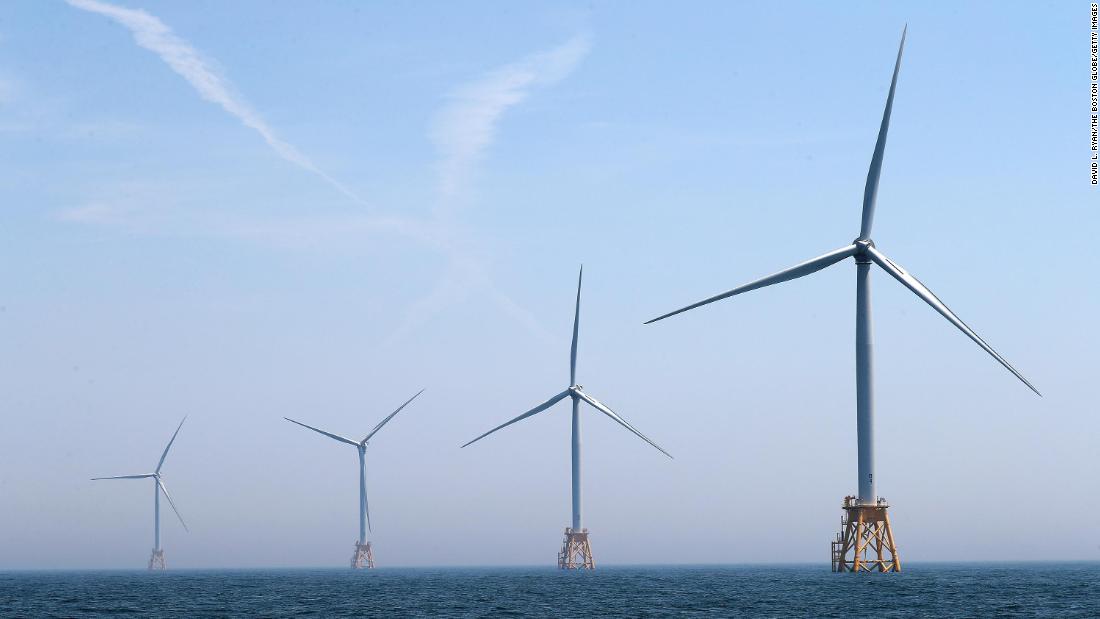 (CNN) Federal officials are green-lighting plans for a wind farm off the Rhode Island coast as the Biden administration aims to grow renewable energy capacity.
The Wednesday approval out of the Interior and Commerce Departments brings the South Fork wind farm closer to providing enough power for 70,000 homes to Long Island, New York, along an underwater cable.
Officials said the developers are still on the hook for other documents including a design report.
The project will be smaller than originally conceived -- 12 rather than 15 turbines -- and has been adjusted to avoid "high value fishing areas" and shipping lanes.
Not approving the offshore wind farm, officials reasoned, would lead energy developers to construct new power generation in the area that "might be fueled by natural gas, oil, or coal, which would emit more air pollutants and produce greater impacts on air quality in the region in comparison."
Officials said the decision includes measures to "avoid, minimize, and mitigate potential impacts," and those requirements were developed in consultation with a wide range of stakeholders, including Tribes, state and local officials, industry and ocean users.
Source