Analysis: Why does it feel like the world economy is out of whack? 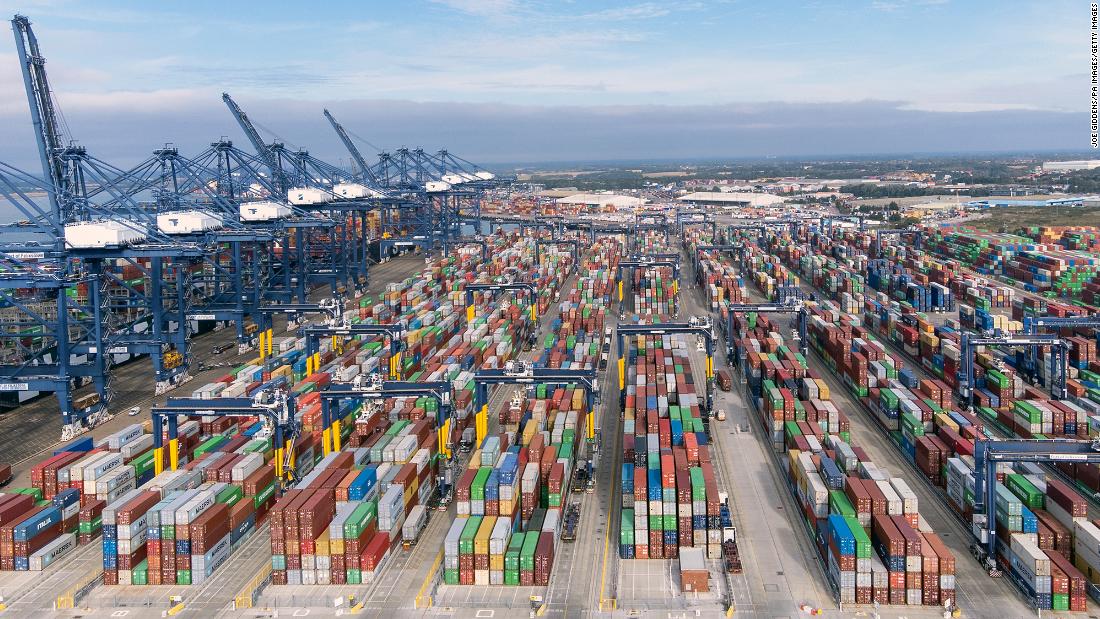 To get it in your inbox, sign up for free here(CNN) The supply chain is persistently clogged.
Workers are quitting their jobsA record number of Americans -- 4.3 million workers, or nearly 3% of the total workforce -- quit their jobs in August.
But it's also a potential "golden age" for American workers , writes Egan.
Read this report on an open letter from transportation industry groups calling for more freedom of movement in the world for transportation workers and access to Covid-19 vaccines to avoid a transportation industry collapse.
The supply chain is not uncloggingIn an effort to clear those container ships crowded off US shores, President Joe Biden announced Wednesday that certain US ports would operate 24/7 to begin to alleviate supply chain issues.
The International Monetary Fund on Tuesday downgraded its growth forecast for the US, citing the supply chain.
Egan writes about a Moody's report suggesting the supply chain will impede the economy's recovery.
Other analysts are not as worried and think companies will adjust and the supply chain will eventually begin working again.
In-depth: Which workers are quitting and why?
Which workers are quitting, exactly?
Are unemployment benefits to blame?
Luhby: It's becoming increasingly clear that the end of pandemic unemployment benefits is not prompting the jobless to rush back to work.
Source