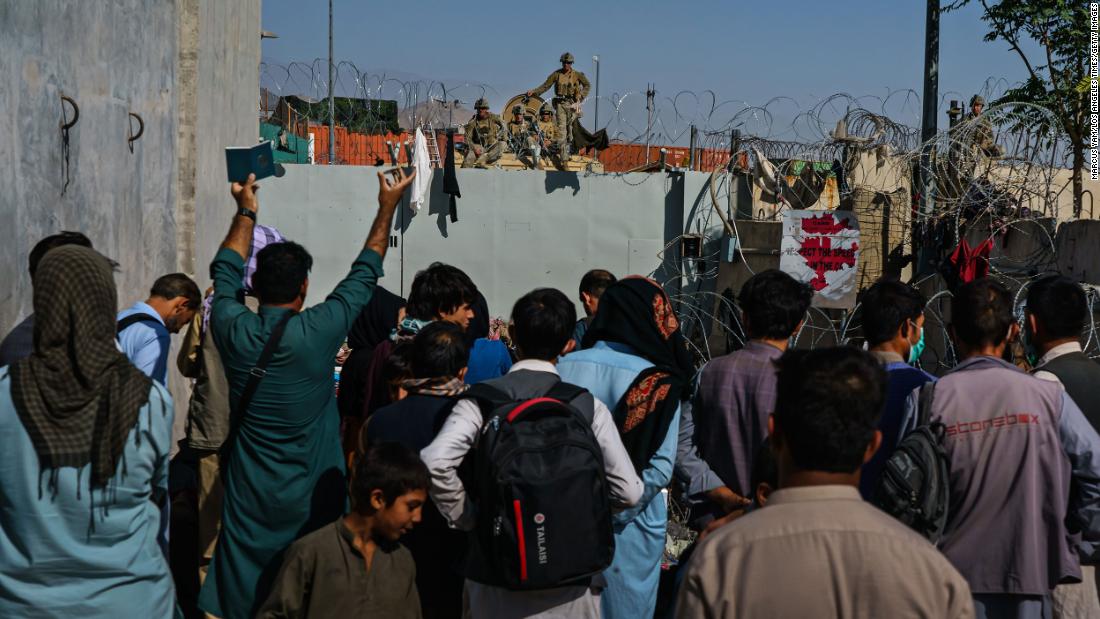 Washington (CNN) A recently published US Air Force account of the final days of America's evacuation from Afghanistan reveals more details about the chaotic scenes at Kabul's airport, including an attempted hijacking of a commercial airliner.
The account, published Tuesday on the Air Force's website, was written by Lt. Col. Kristen Duncan, a public affairs officer for the 23rd Wing, which deployed to Afghanistan this summer.
During the evacuation operation, as US Air Force C-17s began steadily arriving at Hamid Karzai International Airport in Kabul, Duncan wrote that airmen from the personnel recovery task force began tracking passengers departing the airport.
"On one occasion after they received an intel tip, five people onboard one of the commercial flights intended to hijack the aircraft," Duncan wrote.
"'Our team worked to get them clear of the NATO ramp, relocated to the north side away from friendly forces, then ultimately onto the south side where the situation was handled,'" she wrote, quoting Lt. Col. Brian Desautels, the commander of the 71st Rescue Squadron and the leader of the airmen at Kabul.
While Duncan's published account offers few details on the attempted hijacking, it provides fresh insight into the US' frantic withdrawal from Afghanistan in August, when American military personnel rushed to evacuate themselves, as well as other Americans and Afghan allies, from the country after it fell to the Taliban.
Source