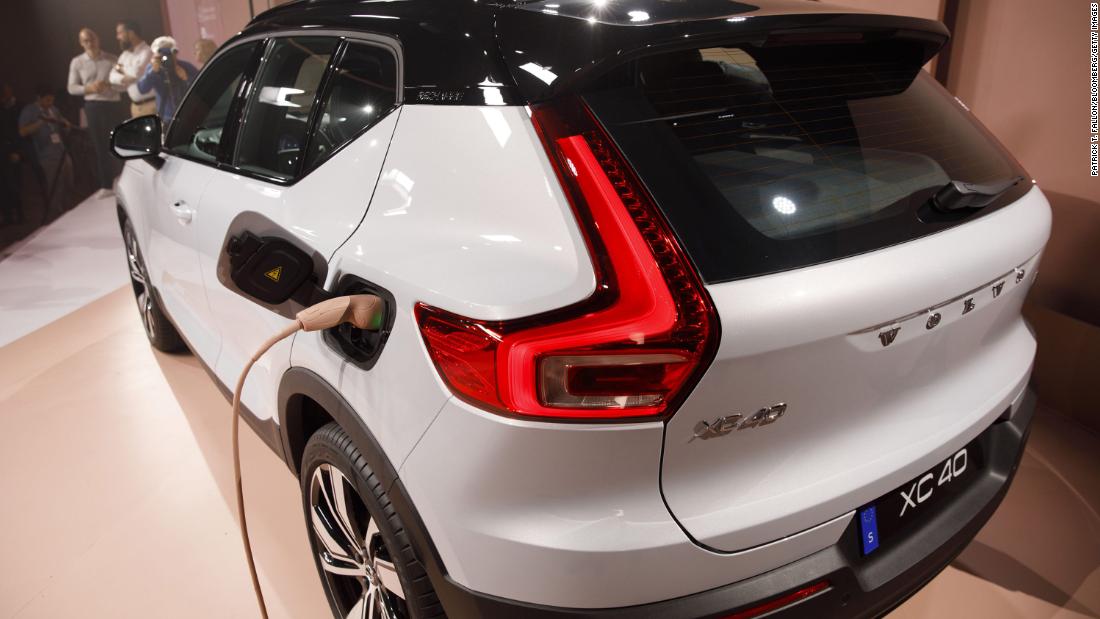 London (CNN Business) By the end of the decade, the only Volvo you'll be able to purchase will be electric.
And you'll only be able to buy it online.
The Chinese-owned carmaker announced plans on Tuesday to stop selling cars that run on fossil fuels by 2030, part of an accelerating trend within the industry to respond to pressure to tackle the climate crisis.
It also said that its new electric vehicles will only be sold online.
The Swedish brand said that as part of the transition, it wants half of its sales in 2025 to be electric cars, and the other half hybrids.
That means it will stop selling vehicles powered solely by gasoline or diesel just four years from now.
The targets are aggressive for a company that has only brought one fully electric vehicle, the XC40 Recharge , to market.
But they reflect a growing consensus that carmakers cannot delay the switch to electric vehicles without losing customers and angering regulators.
"There is no long-term future for cars with an internal combustion engine," Volvo chief technology officer Henrik Green said in a statement.
The transition to selling only electric cars will allow Volvo "to meet the expectations of our customers and be a part of the solution when it comes to fighting climate change," he added.
Source