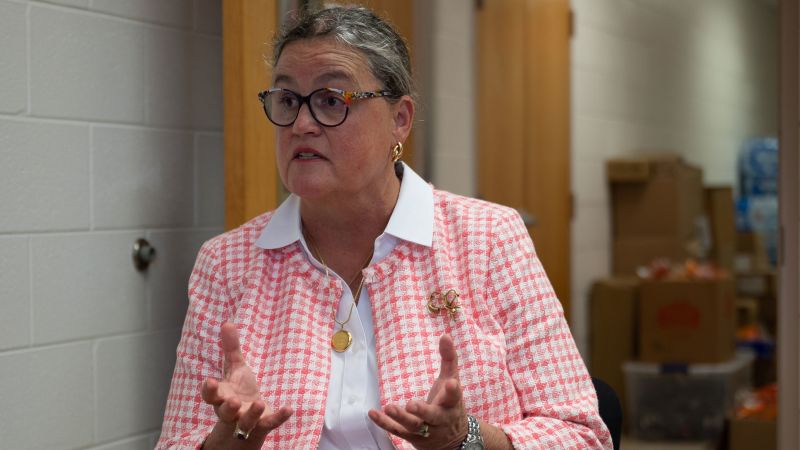 CNN —The Fairfax County Public Schools superintendent denied any “division-wide effort to withhold recognition,” as multiple schools in her district in Virginia are under investigation for allegedly failing to give students their National Merit Scholarship recognition in a timely manner, before many students submitted college applications.
Dr. Michelle Reid told CNN in an exclusive interview that the delay in notification was the result of not having a “division-wide protocol” in place for alerting students about National Merit Scholarship recognition.
State Attorney General Jason Miyares launched an investigation on January 4 against Thomas Jefferson High School for Science and Technology for unlawful discrimination, expanding the investigation five days later to include the entire Fairfax County Public Schools system after receiving reports that other schools withheld recognition.
The National Merit Scholarship program is an “academic competition for recognition and college undergraduate scholarships,” its website says.
Students should have been notified in September as to whether they received commendations, according to the website.
Some 34,000 of the top 50,000 students nationwide receive commendations recognizing their accomplishments but meaning they did not reach the semi-finalist level and are out of the competition for National Merit Scholarships, according to the program.
Of the 459 seniors at Thomas Jefferson High School, 393 were either commended or semi-finalists, according to the Fairfax County Public Schools system.
Independent college counselors told CNN that such recognition would likely not tip an admissions decision from a top tier college, but each school handles such awards differently.
Riti Liu, a senior at Thomas Jefferson High School, told CNN that none of her friends have mentioned it “being something that they wish they had.”Ranoj Ranjan, a parent of a Thomas Jefferson High School student, called the situation “not a very big thing” and posited it wasn’t done “for a malicious reason.”Nicole Oden, whose 17-year-old was commended, added: “My son got noticed a little bit late.
Glenn Youngkin claimed these revelations were a result of the “maniacal focus on equal outcomes for all students at all costs” and he has pushed for legislation that would require Virginia schools to inform students and their parents about National Merit Scholarships and other awards.
“This overarching effort for equal outcomes is hurting Virginia’s children and their future.
The failure of numerous Fairfax County schools to inform students of their national merit awards could serve as a Virginia human rights violation.
Source