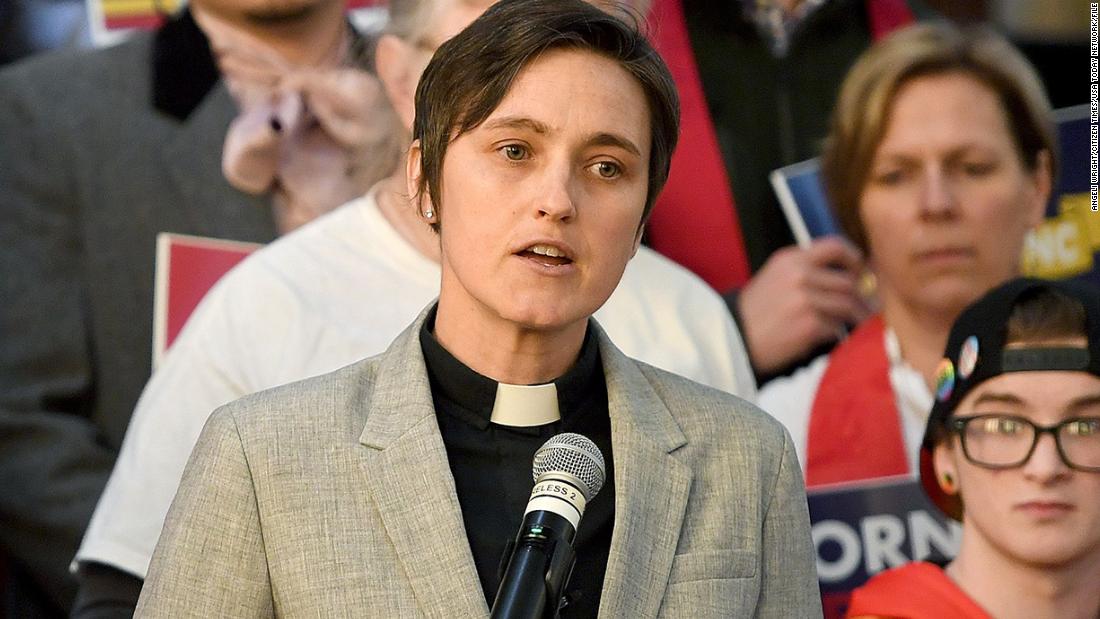 "Some people will say a gay woman who's a Christian minister just can't get elected in the South," Beach-Ferrara said in the video.
But I say an insurrectionist who flirts with Nazis and fires up a violent crowd to attack our democracy -- well, he shouldn't get reelected anywhere."
The congressman has been at the center of several controversies since his election last November, including one caused by a speech he gave at a pro-Trump rally on January 6.
Beach-Ferrara's announcement comes as Cawthorn is facing allegations from former college classmates of sexual misconduct, which he has previously denied.
Cawthorn also faced backlash during his campaign for photos on his Instagram page showing him visiting Adolf Hitler's vacation house in Germany in 2017 and referring to the dictator as "the Führer."
After Cawthorn's opponent seized on the images, the then-candidate told WLOS News 13 that he denounces "white nationalism, any kind of Nazism."
CNN has reached out to Cawthorn's office for comment on Beach-Ferrara's announcement.
On her campaign website, Beach-Ferrara says she will focus on childhood education, combating the opioid crisis and expanding opportunities for small businesses.
In 2011, Beach-Ferrara founded the Campaign for Southern Equality, an LGBTQ rights group that has worked to advance marriage equality and increase health access and resources for the LGBTQ community in southern states.
"I felt a calling, so I got ordained," Beach-Ferrara, who is a minister in the United Church of Christ, said in the campaign video.
"We took the campaign for marriage equality to small towns all across the South because I believe love wins everywhere and every time."
The Democrat also serves as a chaplain for Echoing Green, a fellowship program that works to engage in various social issues through funding operations for social innovation.
Source