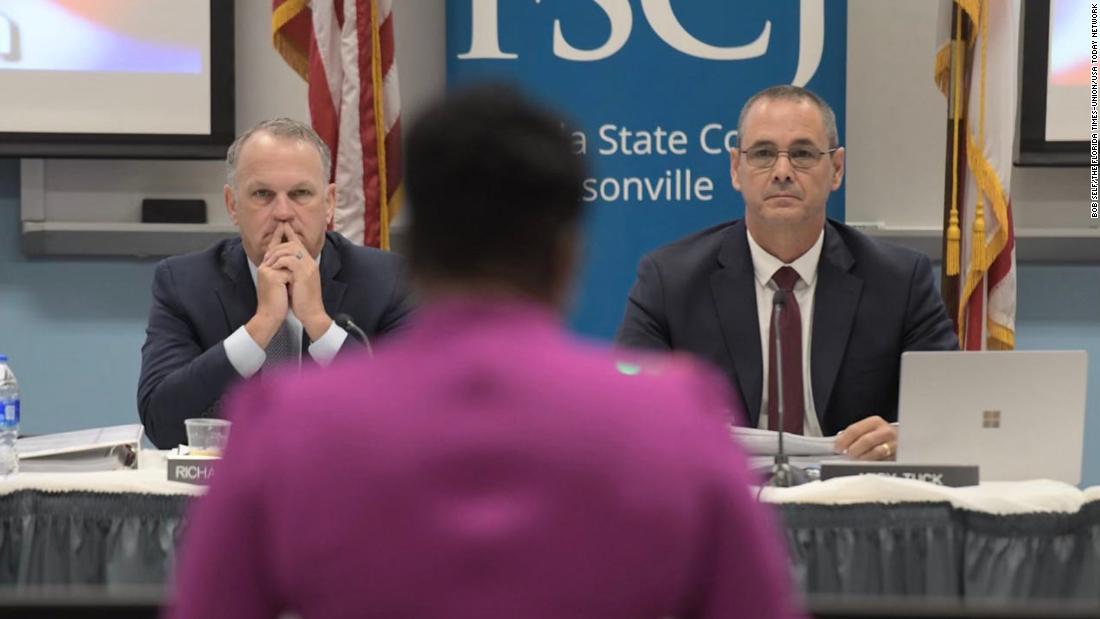 (CNN) Florida has become the latest state to ban critical race theory, continuing the growing charge by Republican lawmakers against schools teaching about systemic racism.
After hours of debate and public comment Thursday, the Florida State Board of Education unanimously approved the amendment banning critical race theory.
Florida Gov.
Ron DeSantis, who appointed much of the board, spoke ahead of the meeting, saying critical race theory would teach children "the country is rotten and that our institutions are illegitimate."
"That is not worth any taxpayer dollars," he said.
The amendment states topics must be "factual and objective," and specifically prohibits "the teaching of Critical Race Theory, meaning the theory that racism is not merely the product of prejudice, but that racism is embedded in American society and its legal systems in order to uphold the supremacy of white persons."
The amendment also bans material from the 1619 Project, a Pulitzer Prize-winning initiative by The New York Times that reframed American history around the date of August 1619, when the first slave ship arrived on America's shores.
Source