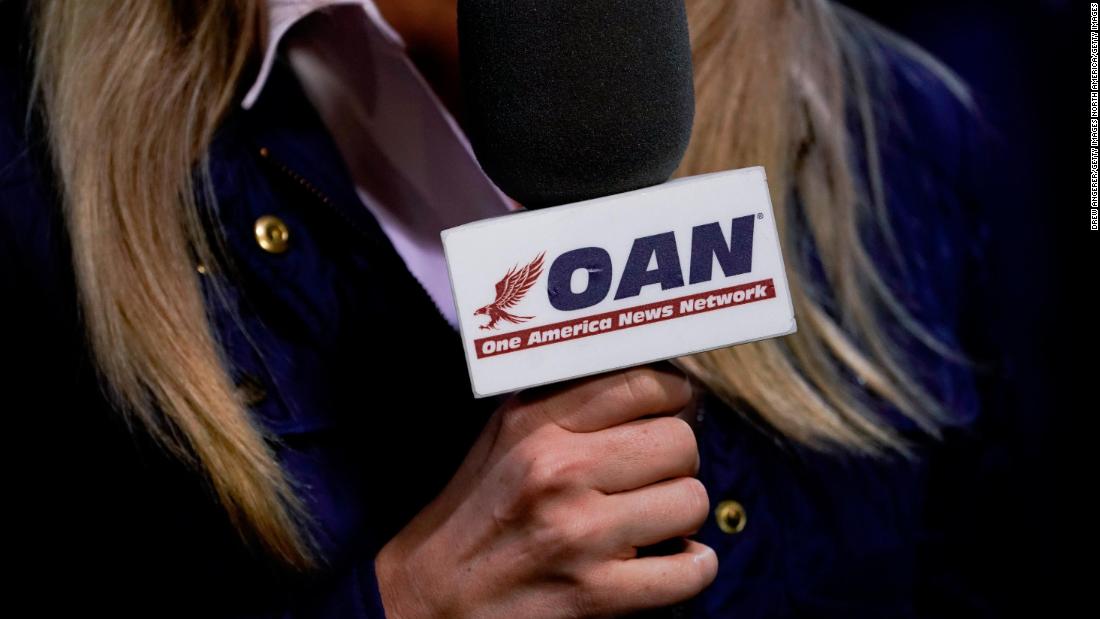 New York (CNN Business) One America News, the right-wing conspiracy channel favored by former President Donald Trump, will be dropped later this year by DirecTV, a spokesperson for the television carrier said Friday evening.
The move will deal a significant blow to the fringe outlet.
Not only will OAN be removed from the millions of households that use DirecTV as a television provider, it will also suffer a major hit to its revenue.
Reuters, citing sworn testimony that an OAN accountant gave in 2020, reported last year that 90% of the channel's revenue came from subscriber fees paid by AT&T-owned platforms, including DirecTV.
AT&T T Discovery DISCA While DirecTV has since been spun off into a standalone company,still owns 70% of it.
(AT&T also owns CNN, though it is spinning off CNN parent company WarnerMedia in a deal withexpected to be completed this year.)
It is unknown what proportion of the channel's revenue currently comes from DirecTV or how many households it will reach once DirecTV stops carrying it.
But the network's website only lists a few other national carriers, Verizon FiOS most prominently among them.
Source