Clinton, Obama and both Bushes turned over all classified records, representatives say 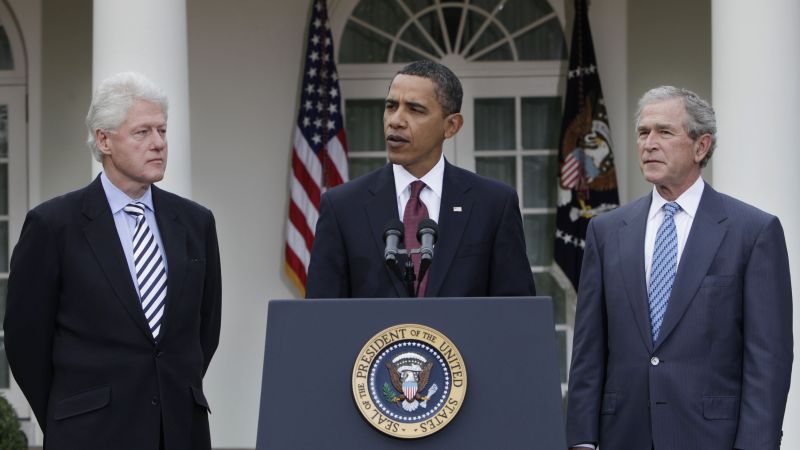 Bush, Bill Clinton, George W. Bush and Barack Obama turned over their classified records to the National Archives upon leaving office, representatives for each of the four leaders told CNN, after classified materials were discovered in yet another former top official’s home.
The discovery of classified documents in former Vice President Mike Pence’s Carmel, Indiana, home was the third such case in recent months.
Former President Donald Trump and current President Joe Biden have also been subject to scrutiny after classified material was found in their homes.
None of the former presidents’ representatives said they were conducting additional searches of homes or offices where documents could potentially be stored.
Instead, they reiterated the practices those leaders followed when departing the White House in 1993, 2001, 2009 and 2017.
“All of President Clinton’s classified materials were properly turned over to NARA in accordance with the Presidential Records Act,” said Clinton’s office.
Bush and Obama followed the same practice, their representatives said, turning over both classified and unclassified material to the National Archives.
The Archives continues to maintain physical and legal custody of those records, Obama’s office said.
Bush immediately turned over all his papers, including his personal papers, when he left office.
Then, at a later date, his personal papers were returned to him as the Archives sorted through everything, sources familiar with his presidential papers said.
A source familiar with the Archives told CNN that they did not remember former President Jimmy Carter finding any stray classified documents.
Former Vice President Dan Quayle confirmed to CNN that everything was turned over and he never had any issues with finding classified papers after he left office, and sources familiar with records of former Vice President Dick Cheney said he also turned everything over when he left the White House and is in compliance.
Source