China is worried a bubble in global markets could burst 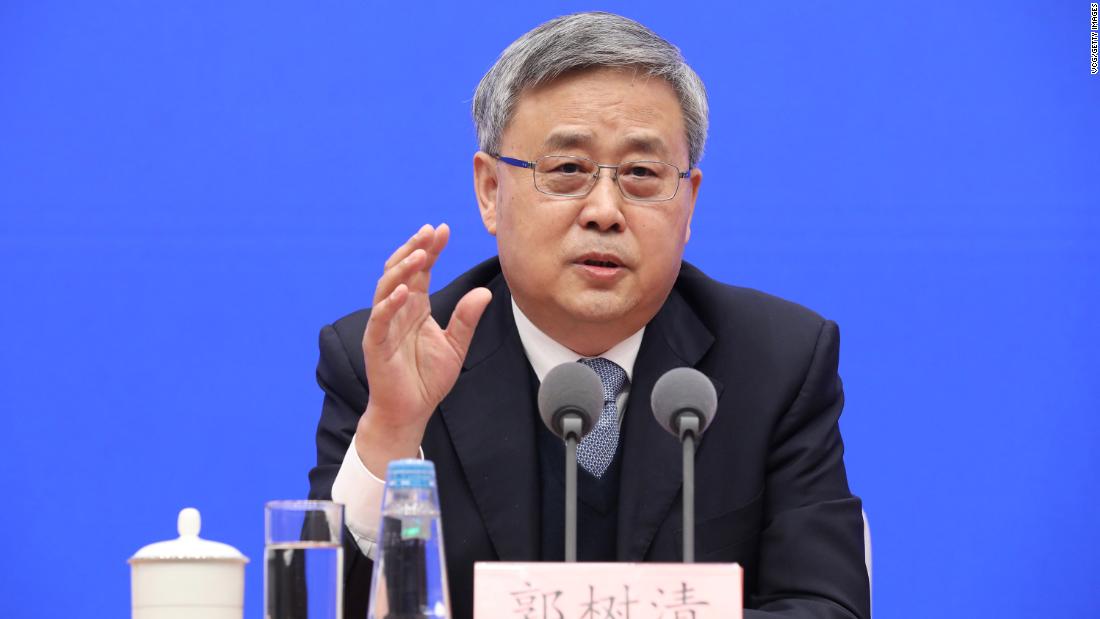 Hong Kong (CNN Business) One of China's most powerful financial officials is sounding the alarm over a bubble in global markets.
Guo Shuqing, the Communist Party boss at the People's Bank of China, told reporters in Beijing on Tuesday that confidence in Chinese markets could be hit by volatility around the world.
"We are really afraid the bubble for foreign financial assets will burst someday," said Guo, who is also chairman of China's Banking and Insurance Regulatory CommissionGuo's warning follows concerns expressed elsewherethat bubble-like behavior is spreading through financial markets.
A huge rush of funds into China could destabilize the world's second biggest economy by rapidly inflating its currency, assets and prices.
Local governments in China, meanwhile, have stepped up measures since the start of this year to cool the market down, including by restricting purchases and reining in developers.
Markets shakenShanghai Composite SHCOM Hang Seng Index HSI Guo's remarks shook markets in the region.
Nikkei 225 N225 Kospi KOSPI Other indexes in the region also fell: Australia's S&P/ASX 200 slumped 0.4%, while Japan'sdropped 0.9%.
"This indicates how sensitive markets are to policy accommodation being taken away," wrote Stephen Innes, Chief Global Markets Strategist at Axi, in a Tuesday note.
"It also highlights that central banks will run at different speeds in pulling away from last year's crisis."
Guo's comments also reflect concerns from Beijing about the risk that rising debt poses to the economy.
Property loans accounted for nearly 30% of total loans issued in yuan by the end of 2020, according to central bank data.
China spent hundreds of billions of dollars last year in a bid to shore up the country's economy after the pandemic hit.
Source