Atlanta wants to build a massive police training facility in a forest. Neighbors are fighting to stop it 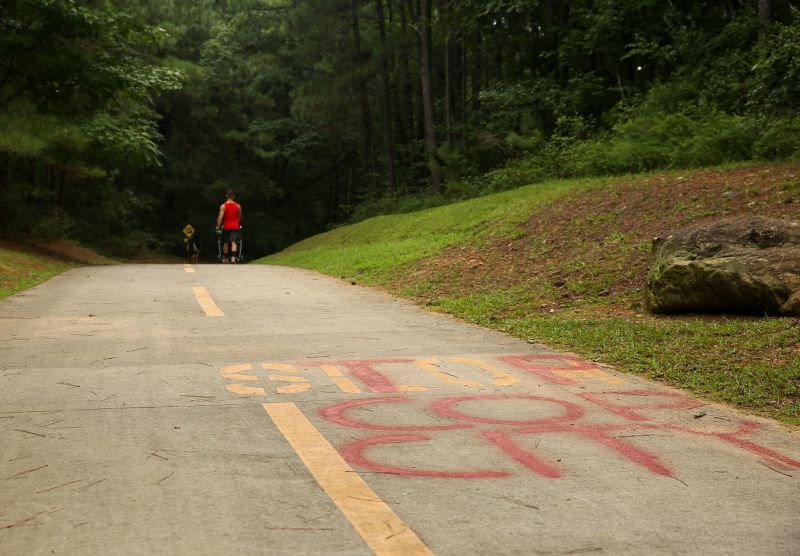 Worse, they worry it’s just a glimpse into what could come when local officials begin building a massive police and fire training center in their backyards.
Prisoners there were subject to harsh punishments and bleak conditions, including poor sanitation and nutrition and overcrowding, according to the Atlanta Community Press Collective, a local group of researchers and writers.
It felt like a “unanimous promise” from city leaders to protect the land, said Joe Peery, with local volunteer group Save The Old Atlanta Prison Farm.
(For comparison, the NYPD’s training academy is a roughly 32-acre campus; the LAPD training campus is about 20 acres.)
The group eventually focused on the prison farm site since it has previously hosted training facilities, like the firing range, Thomas added.
Before it was a prison farm, White settlers established slave-based plantations in the area after forcing off the Muscogee Creek tribe, according to anthropologist Mark Auslander.
The Defend the Atlanta Forest Twitter account posted a letter in August it said was from a tree sitter.
Spence Gould, a marine and resident of the Boulder Walk community for roughly a decade, said he sees the need for a training center.
Austin Steele/CNNBefore the mayor’s sudden announcement, the prison farm site had been a key centerpiece in another vision: the South River Forest.
Despite being known as the “city in a forest,” Atlanta has massive disparities in green space, with fewer and smaller parks in predominantly Black areas like this one.
Although the training center will put a dent in advocates’ plans, many are still determined to see the South River Forest come to life.
A "Defend the Atlanta Forest" sign is seen in Atlanta, Georgia, on July 22, 2022.
Source