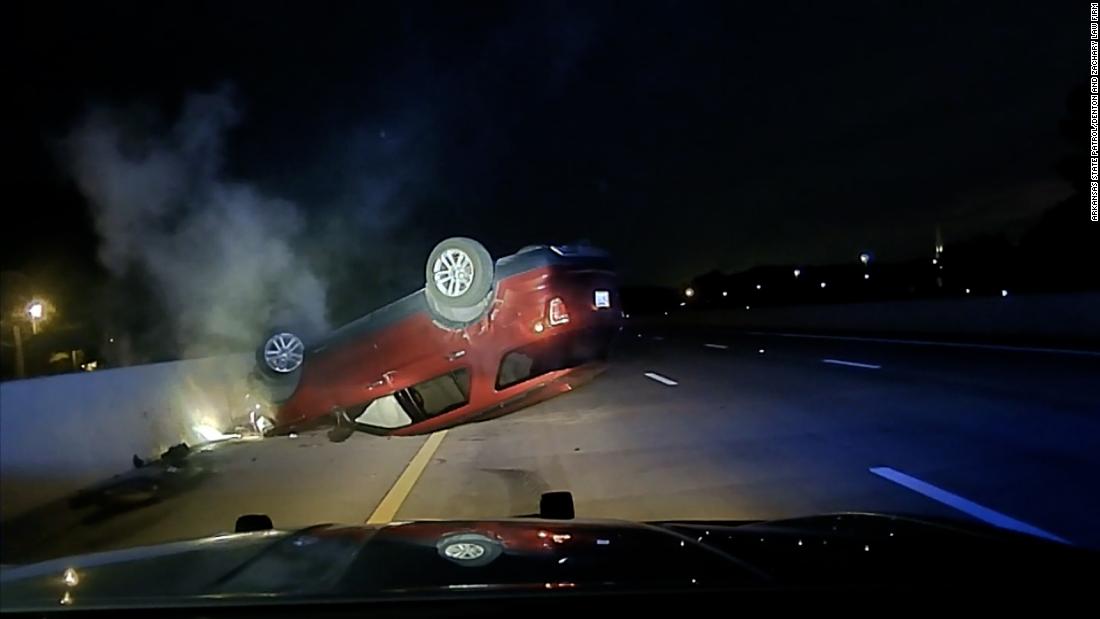 (CNN) An Arkansas woman is suing a state trooper after she claims he performed a dangerous pursuit intervention technique (PIT) maneuver during a traffic stop, which caused her vehicle to flip on its top as she attempted to pull over.
An attorney for Janice Nicole Harper filed the lawsuit last month in Pulaski County, the county seat of Little Rock.
Harper, who was two months pregnant at the time of the July 9, 2020, incident, alleges Arkansas State Police Trooper Rodney Dunn negligently performed the PIT maneuver that resulted in a motor vehicle collision.
Alan C. Johnson, an Arkansas State Trooper and Dunn's supervisor, along with Col. William Bryant, Arkansas State Police director, are also named in the suit.
The suit also states that Arkansas State Police failed to train Dunn in the appropriate manner of initiating a traffic stop on a road with extremely reduced shoulder and in proper and safe PIT maneuver technique.
CNN has reached out to the Arkansas State Police for a statement.
CNN has not been able to reach Dunn, and it is unknown if he has an attorney.
Source