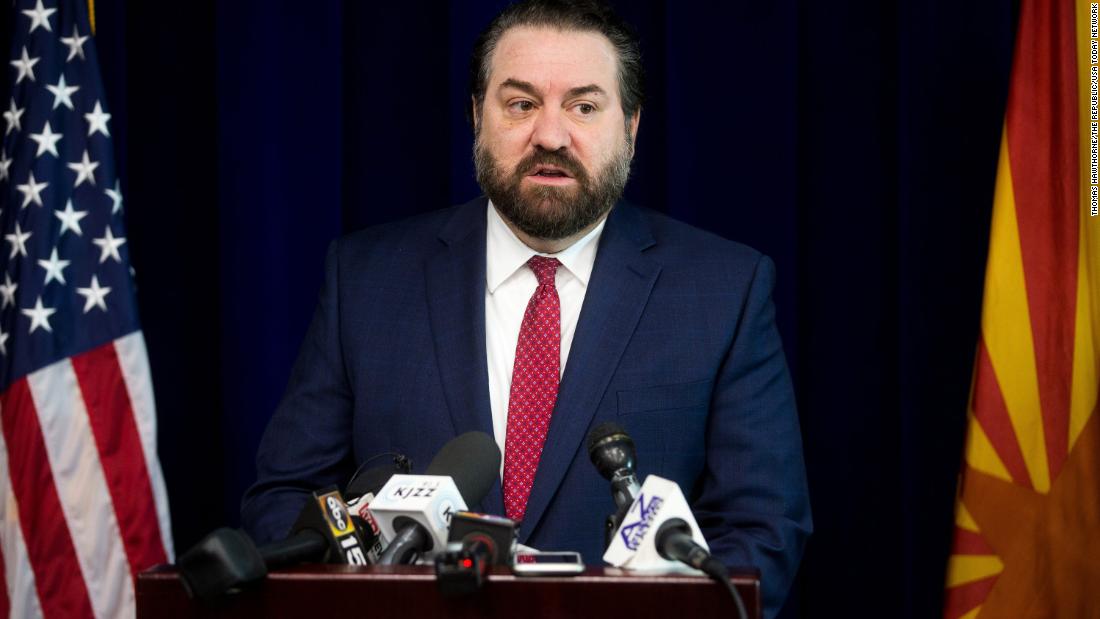 (CNN) Arizona Attorney General Mark Brnovich officially announced a Senate campaign on Thursday, eying a general election matchup with incumbent Democratic Sen. Mark Kelly.
Brnovich, who was elected as the top law enforcement official for the state in 2014, enters the race as the favorite in a somewhat crowded field of Republicans to take on Kelly, who's running for a full six-year term next year after winning the Senate seat last fall.
But former President Donald Trump , who is certain to loom large in the GOP primary, has already lined up against the state attorney general for "doing little" to audit the Arizona election results, despite no evidence of fraud.
In a sign of how Brnovich plans to woo the Trump base, his announcement video focuses on how "trust" in everything from safety to the economy to the vote is the "cornerstone of our republic."
The video features clips of both President Joe Biden and Kelly, arguing they have "failed" to live up to the trust voters put in them and that they are the reason "mistrust runs deep."
"Trust and freedom are more than words for me," Brnovich says, noting he is the son of immigrants and served in the Army National Guard.
"I have dedicated my entire career to upholding the rule of law and fighting for justice."
He adds: "It's time to take the fight to the United States Senate.
We need an Arizona conservative in Washington who stands up for us and our values.
I'll tune out the political noise and do what is right for Arizona."
Source