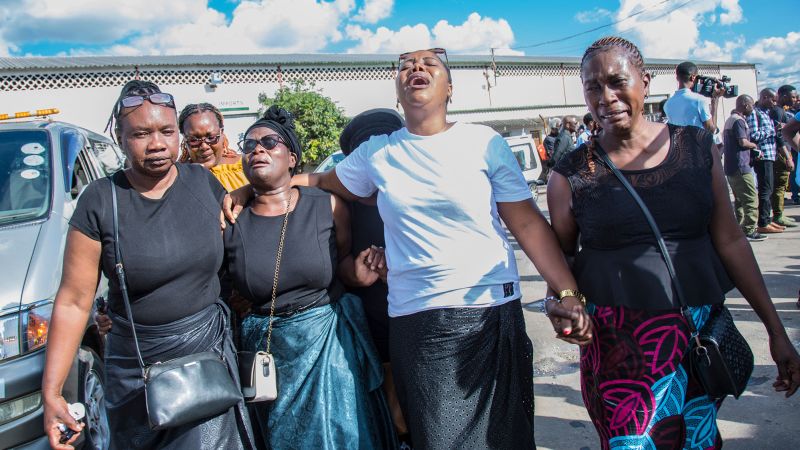 CNN —The Zambian student who died in battle in Ukraine was buried Wednesday in a private ceremony in his home country, a family spokesman told CNN.
Lemekani Nathan Nyirenda died on the frontlines of the Ukraine war while fighting for Russian mercenary group Wagner in September last year.
His family representative Dr. Ian Banda spoke to CNN Wednesday morning as the family headed to Nyirenda’s final resting place in his village.
“We are going to bury him now….
We are in a convoy… His (Nyirenda’s) mother and father are in a vehicle behind me.
They are crying right now,” Banda told CNN.
Nyirenda’s body was returned to Zambia last month.
On arrival on December 11, his remains were transported to Zambia’s University Teaching Hospital Mortuary for post-mortem checks in compliance with Zambian laws.
“The funeral gathering at the Nyirenda family residence, burial and memorial service formalities shall only commence upon completion of the aforementioned mandatory statutory procedures,” a family statement said at the time.
Banda told CNN forensic investigation carried out on Nyirenda’s body had been “confirmed,” without releasing further details.
Nyirenda is not the first African student killed in the Ukrainian battlefront fighting for Russia in a development that has sparked fury across the continent.
A Tanzanian national, identified as Nemes Tarimo by his country’s foreign ministry, was killed last October last while fighting with Wagner in exchange for money and amnesty, the ministry said in a statement on Tuesday.
Source