Volkswagen falls further behind Tesla in the race to electric 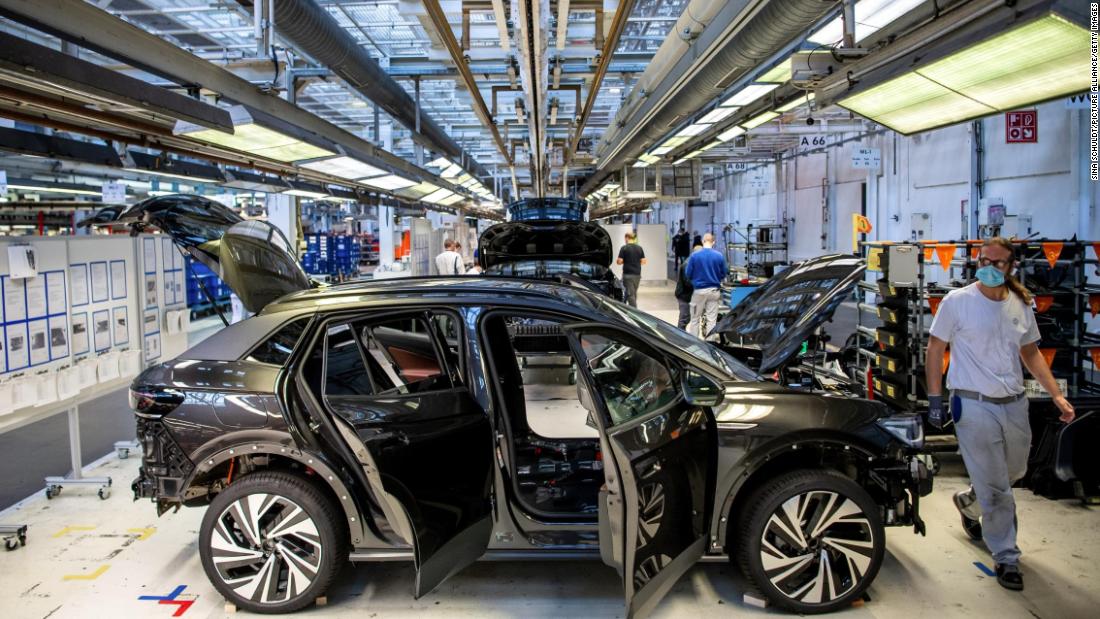 London (CNN Business) Volkswagen is falling further behind Tesla in the race to dominate the market for electric cars.
Europe's largest carmaker said Wednesday that it delivered 452,900 battery electric cars to customers in 2021, nearly double its total from the previous year.
But that wasn't enough to keep pace with Tesla , which delivered over 936,000 vehicles in 2021.
Tesla TSLA Volkswagen Group VLKAF In total,boosted its deliveries last year by roughly 436,600 compared to an increase of 220,900 for the, which owns brands including Audi, Porsche and Skoda.
The German company has committed to spending more than $100 billion over the next five years to electrify its fleet and mount a challenge to Tesla.
Volkswagen is already the top seller of electric cars in Europe, and it expects 25% of the vehicles it sells globally to be electric by 2026.
It has begun rolling out a series of new models, including the ID.4 electric SUV, but progress last year was hampered by supply chain issues, Volkswagen Group said.
Source