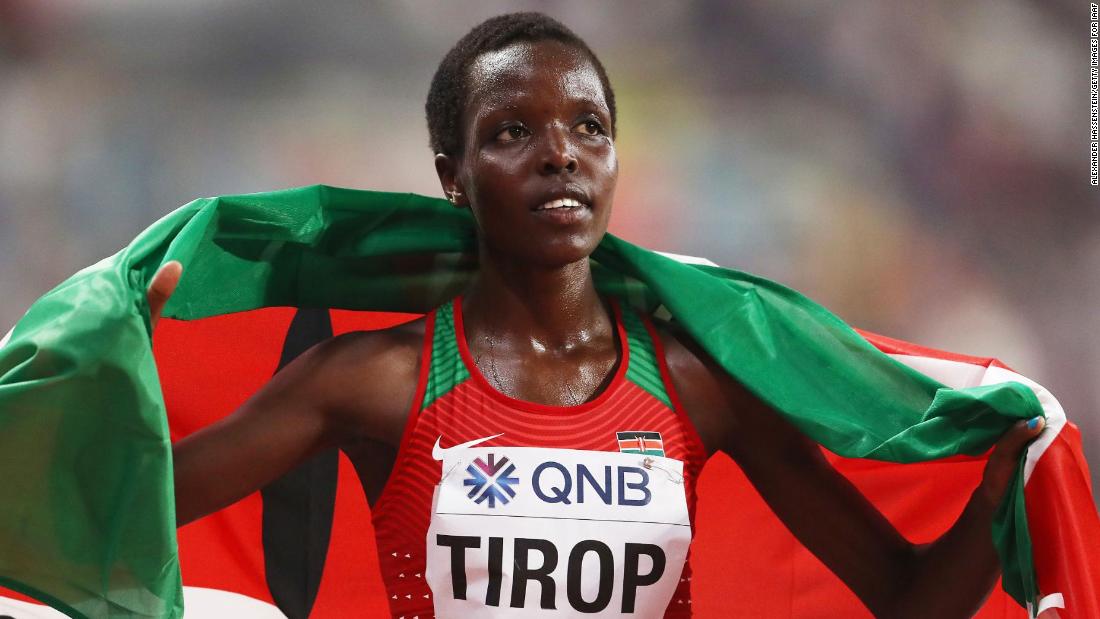 (CNN) Police in Kenya named the husband of long-distance runner Agnes Tirop as a "suspect" in her death after the 25-year-old was stabbed to death on Wednesday.
Keiyo North Sub County Police Commander Tom Makori told AFP that Tirop's husband Emmanuel Rotich was the subject of a police hunt.
"The suspect had made a call to Tirop's parents saying that he'd committed something wrong.
So we believe he knows what happened," said Makori.
Makori provided further details of Tirop's death in an interview with CNN affiliate, Nation TV.
"When police went to Tirop's house, they found her in bed with blood under the bed and a lot of it on the floor," Makori said.
Source